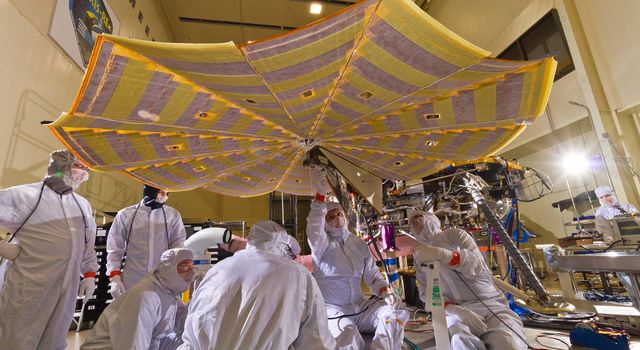 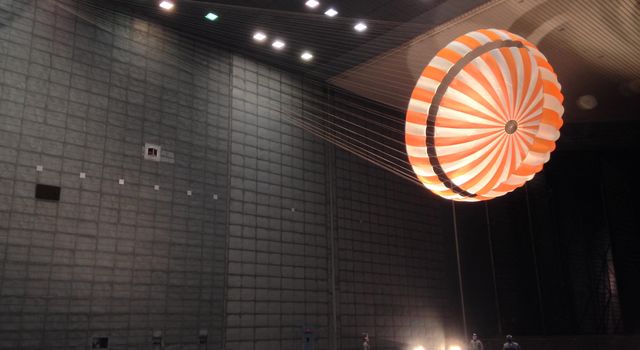 The solar arrays on NASA's InSight lander are deployed in this test inside a clean room at Lockheed Martin Space Systems, Denver. This configuration is how the spacecraft will look on the surface of Mars. The image was taken on April 30, 2015.

InSight, for Interior Exploration Using Seismic Investigations, Geodesy and Heat Transport, is scheduled for launch in March 2016 and landing in September 2016. It will study the deep interior of Mars to advance understanding of the early history of all rocky planets, including Earth.