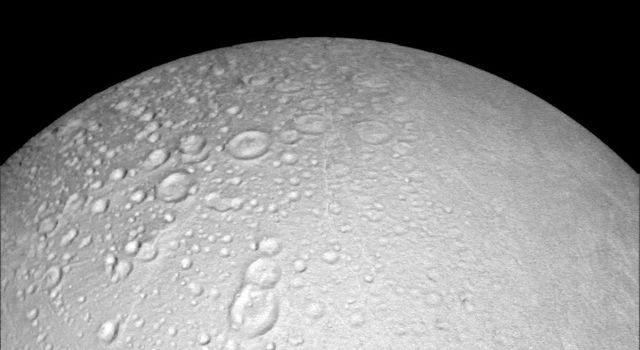 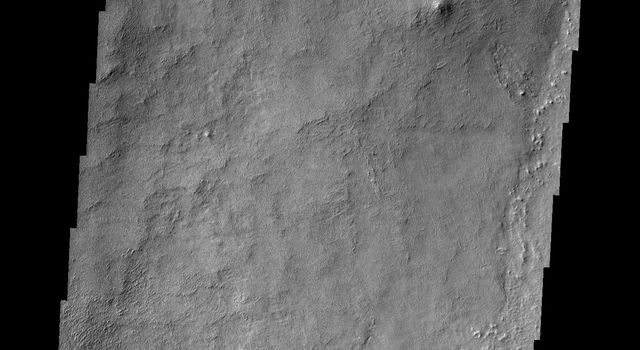 NASA's Cassini spacecraft zoomed by Saturn's icy moon Enceladus on Oct. 14, 2015, capturing this stunning image of the moon's north pole. A companion view from the wide-angle camera (PIA20010) shows a zoomed out view of the same region for context.

Scientists expected the north polar region of Enceladus to be heavily cratered, based on low-resolution images from the Voyager mission, but high-resolution Cassini images show a landscape of stark contrasts. Thin cracks cross over the pole -- the northernmost extent of a global system of such fractures. Before this Cassini flyby, scientists did not know if the fractures extended so far north on Enceladus.

North on Enceladus is up. The image was taken in visible green light with the Cassini spacecraft narrow-angle camera.

The view was acquired at a distance of approximately 4,000 miles (6,000 kilometers) from Enceladus and at a Sun-Enceladus-spacecraft, or phase, angle of 9 degrees. Image scale is 115 feet (35 meters) per pixel.