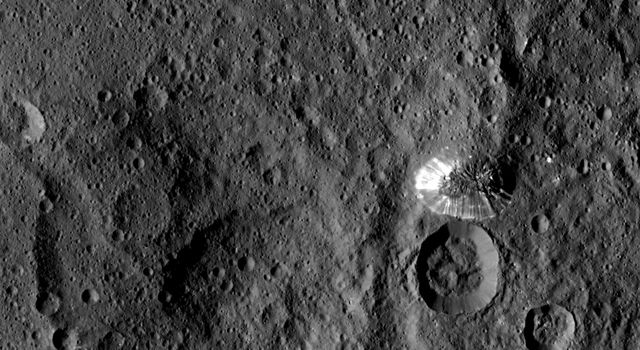 NASA's Dawn spacecraft took this image that shows a mountain ridge, near lower left, that lies in the center of Urvara crater on Ceres. Urvara is an Indian and Iranian deity of plants and fields. The crater's diameter is 101 miles (163 kilometers).