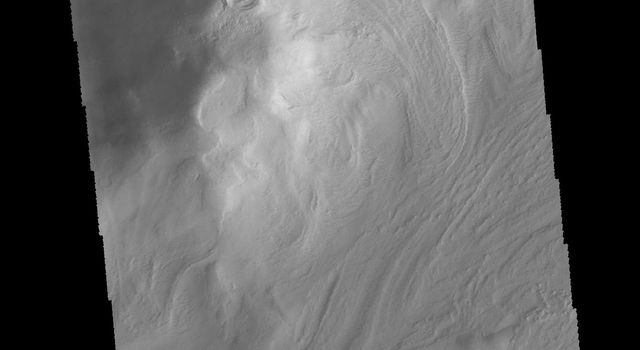 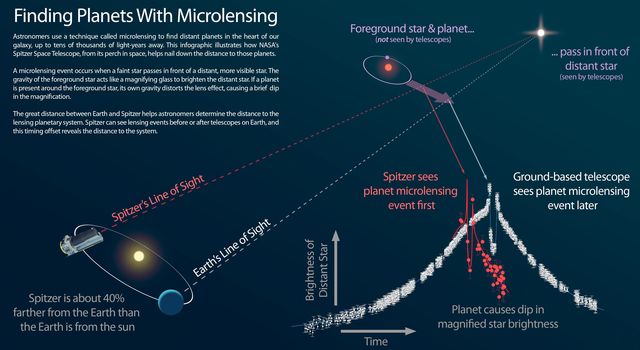 Astronomers have discovered one of the most distant planets known, a gas giant about 13,000 light-years from Earth, called OGLE-2014-BLG-0124L. The planet was discovered using a technique called microlensing, and the help of NASA's Spitzer Space Telescope and the Optical Gravitational Lensing Experiment, or OGLE. In this artist's illustration, planets discovered with microlensing are shown in yellow. The farthest lies in the center of our galaxy, 25,000 light-years away.

Most of the known exoplanets, numbering in the thousands, have been discovered by NASA's Kepler space telescope, which uses a different strategy called the transit method. Kepler's cone-shaped field of view is shown in pink/orange. Ground-based telescopes, which use the transit and other planet-hunting methods, have discovered many exoplanets close to home, as shown by the pink/orange circle around the sun.