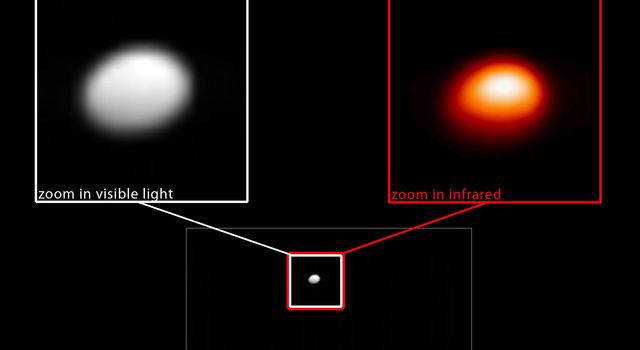 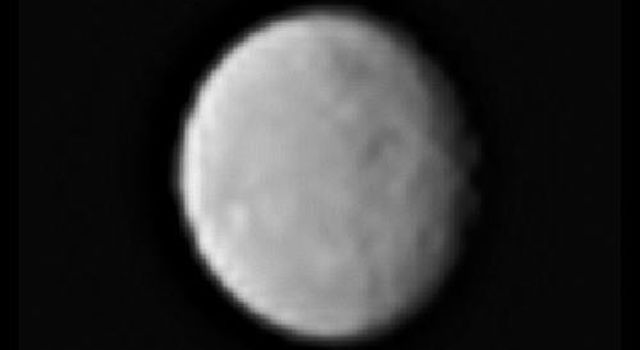 The Dawn spacecraft observed Ceres for an hour on Jan. 13, 2015, from a distance of 238,000 miles (383,000 kilometers). A little more than half of its surface was observed at a resolution of 27 pixels. This animated GIF shows bright and dark features.

NASA's Jet Propulsion Laboratory, Pasadena, California, manages the Dawn mission for NASA's Science Mission Directorate in Washington. Dawn is a project of the directorate's Discovery Program, managed by NASA's Marshall Space Flight Center in Huntsville, Alabama. The University of California, Los Angeles (UCLA) is responsible for overall Dawn mission science. Orbital Sciences Corp. in Dulles, Virginia, designed and built the spacecraft. UCLA is responsible for overall Dawn mission science. The Dawn framing cameras were developed and built under the leadership of the Max Planck Institute for Solar System Research, Gottingen, Germany, with significant contributions by German Aerospace Center (DLR), Institute of Planetary Research, Berlin, and in coordination with the Institute of Computer and Communication Network Engineering, Braunschweig. The Framing Camera project is funded by the Max Planck Society, DLR, and NASA/JPL. The Italian Space Agency and the Italian National Astrophysical Institute are international partners on the mission team.