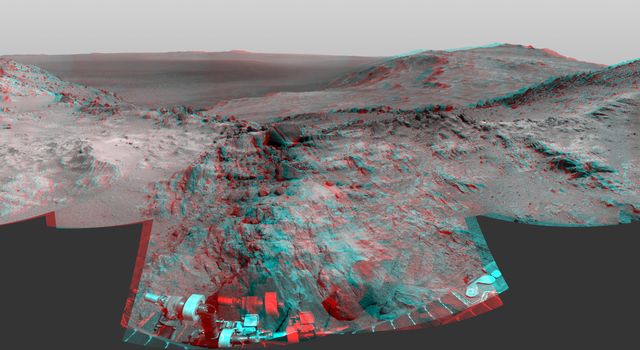 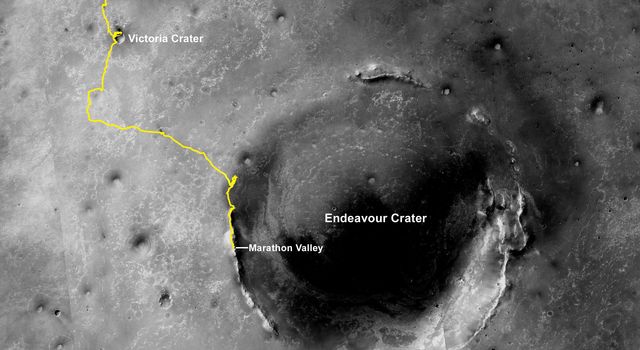 Cumulative driving by NASA's Mars Exploration Rover Opportunity surpassed marathon distance on March 24, 2015, as the rover neared a destination called "Marathon Valley," which is middle ground of this dramatic view from early March.

Opportunity's navigation camera collected the component images of this scene during the 3,948th and 3,949th Martian days, or sols, of the rover's work on Mars (March 3 and 4, 2015). The view is centered toward the east-southeast, from a location on Endeavour Crater's western rim overlooking Marathon Valley, with the floor of Endeavour beyond, and the eastern rim in the distance. In the foreground at center, Opportunity's robotic arm is positioned for examination of a blocky rock called "Sergeant Charles Floyd."