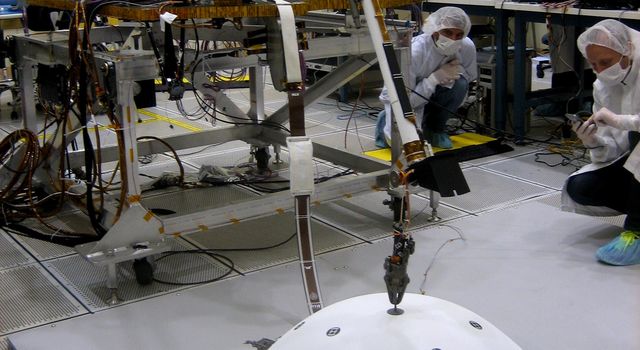 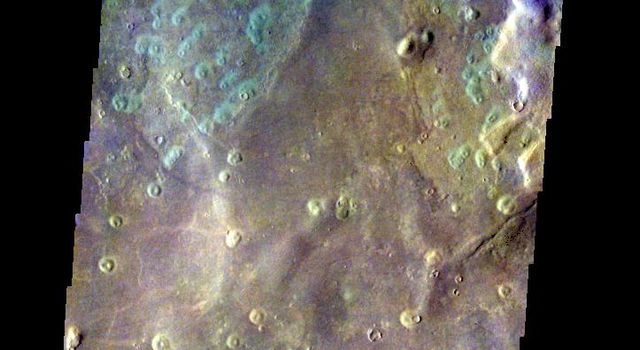 This map shows the single area under continuing evaluation as the InSight mission's Mars landing site, as of a year before the mission's May 2016 launch. The finalist ellipse marked within the northern portion of flat-lying Elysium Planitia is centered at about 4.5 degrees north latitude and 136 degrees east longitude.

InSight -- an acronym for Interior Exploration using Seismic Investigations, Geodesy and Heat Transport -- will study the interior of Mars to improve understanding of the processes that formed and shaped rocky planets, including Earth. The mission's launch period begins March 4, 2016, and lasts until late March. Whichever day during that period the launch occurs, landing is scheduled for Sept. 28, 2016.

The landing ellipse on this map covers an area within which the spacecraft has about 99 percent chance of landing when targeted for the center of the ellipse. It is about 81 miles (130 kilometers) long, generally west to east, and about 17 miles (27 kilometers) wide. This ellipse covers the case of a launch at the start of the launch period. If the launch occurs later in the period, orientation of the landing ellipse would shift slightly clockwise.

Four semifinalist sites in Elysium Planitia were evaluated as safe for InSight landing. This one was selected as having the largest proportion of its area classified as smooth terrain. If continuing analysis identifies unexpected problems with this site, another of the semifinalists could be reconsidered before final selection later this year.

The InSight lander will deploy two instruments directly onto the ground using a robotic arm. One is a seismometer contributed by France's space agency (CNES) with components from Germany, Switzerland, the United Kingdom and the United States. The seismometer will measure microscopic ground motions, providing detailed information about the interior structure of Mars. The other instrument to be deployed by the arm is a heat-flow probe contributed by the German Aerospace Center (DLR), designed to hammer itself three to five meters (about 10 to 16 feet) deep. It will monitor heat coming from the planet's interior. The mission will also track the lander's radio to measure wobbles in the planet's rotation that relate to the size of its core. A suite of environmental sensors will monitor the weather and variations in the magnetic field.

The base map is a mosaic of daytime thermal images from the Thermal Emission Imaging System (THEMIS) on NASA's Mars Odyssey orbiter. THEMIS was developed and is operated by Arizona State University, Tempe.