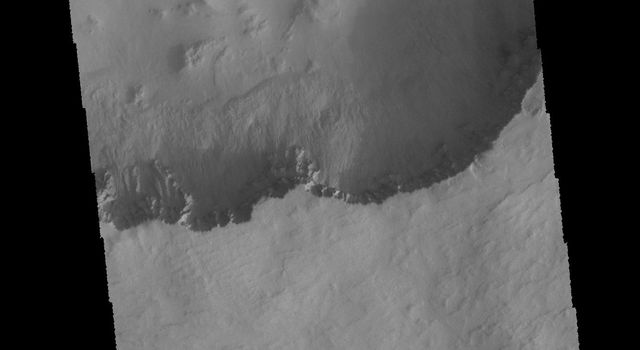 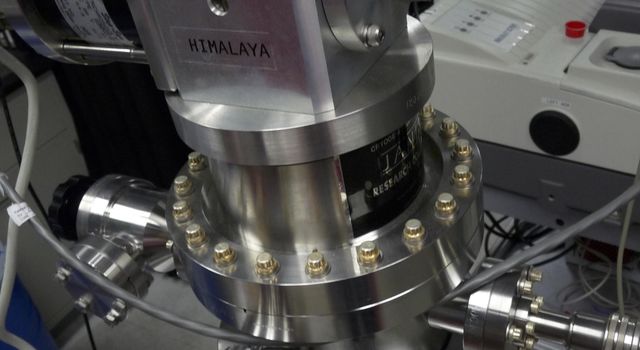 Non-labeled Version
Click on the image for larger view

In February 2015, NASA's Mars Exploration Rover Opportunity is approaching a cumulative driving distance on Mars equal to the length of a marathon race. This map shows the rover's position relative to where it could surpass that distance.

The map shows the rover's location as of Feb. 10, 2015, in the context of where it has been since late December 2014 and the "Marathon Valley" science destination ahead. Opportunity is within about 220 yards (200 meters) of completing a marathon. The green band indicates where it could reach the official Olympic marathon-race distance of 26.219 miles (42.195 kilometers). The rover's route might zigzag as the rover team chooses a path toward Marathon Valley, so there is uncertainty about where exactly it will pass marathon distance.

In this image, north is up. The southern end of the solid blue line indicates the rover's position after a drive on Sol 3926, the 3,926th Martian day of Opportunity's work on Mars (Feb. 9, 2015). The rover team plans to drive Opportunity near or into "Spirit of St. Louis Crater" before the rover enters Marathon Valley. This area is all part of the western rim of Endeavour Crater.

Opportunity reached the Sol 3881 location near the top of the map on Dec. 24, 2015. A map showing wider context of Opportunity's route from its January 2004 landing in Eagle Crater to Endeavour Crater is at PIA18404. A view from the Sol 3893 location at the summit of "Cape Tribulation," taken the following sol, is at PIA19109. The traverse from that location to the Sol 3926 location covered about 440 yards (400 meters).

Opportunity completed its three-month prime mission in April 2004 and has continued operations in bonus extended missions. It has found several types of evidence of ancient environments with abundant liquid water. NASA's Jet Propulsion Laboratory, a division of the California Institute of Technology in Pasadena, built and operates Opportunity and manages the Mars Exploration Rover Project and the Mars Reconnaissance Orbiter for the NASA Science Mission Directorate, Washington. The University of Arizona, Tucson, operates HiRISE, which was built by Ball Aerospace & Technologies Corp. of Boulder, Colorado.

For more information about Spirit and Opportunity, visit http://marsrovers.jpl.nasa.gov.