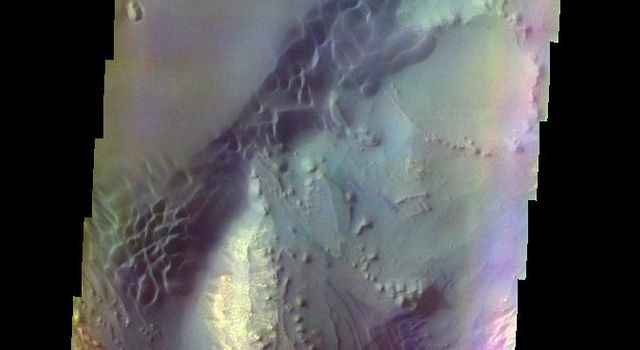 This hole, with a diameter slightly smaller than a U.S. dime, was drilled by NASA's Curiosity Mars rover into a rock target called "Telegraph Peak," within the basal layer of Mount Sharp,

The hole was drilled on Feb. 24, 2015, during the 908th Martian day, or sol, of the rover's work on Mars. This view results from the merger of multiple images taken at different focus settings by Curiosity's Mars Hand Lens Imager (MAHLI).

Telegraph Peak is the third target within the "Pahrump Hills" outcrop where Curiosity collected a drilled sample for analysis in the laboratory instruments inside the rover.