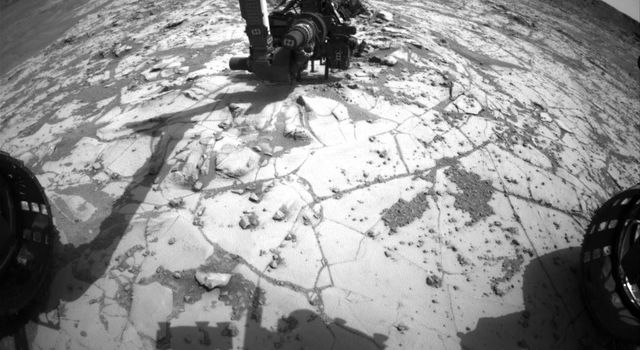 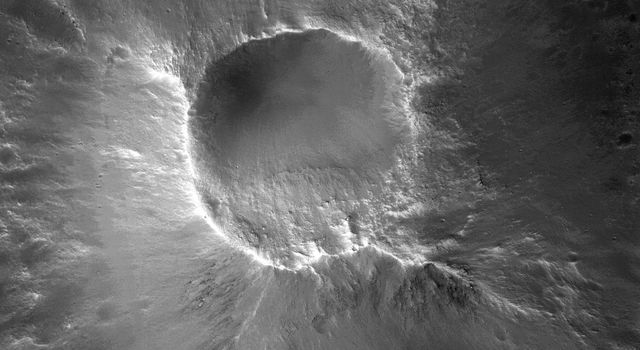 Cratered Summit of a Knob

This view from the Mars Hand Lens Imager (MAHLI) camera on the arm of NASA's Curiosity Mars rover shows some of the outcome from a shallow-depth, mini-drill test to assess whether a rock target called "Mojave" is appropriate for full-depth drilling to collect a sample. It was taken on Jan. 13, 2015, during the 867th Martian day, or sol, of Curiosity's work on Mars.

The drill cuts a hole about 0.63 inch (1.6 centimeters) in diameter. The hole from the shallow drilling test is near the top of this image. The test drilling cracked the target rock and dislodged pieces of it. A few hours after seeing the results of this test, the rover team is evaluating whether an alternate target location in this area would make an appropriate site for sample-collection drilling, and meanwhile planning close-up investigation of the resulting rock fragments with freshly exposed surfaces, particularly the grayish one on the right-hand side of the image. On Earth, field geologists carry rock hammers to crack rocks and expose fresh surfaces, but this is an unusual opportunity in a Mars rover mission.