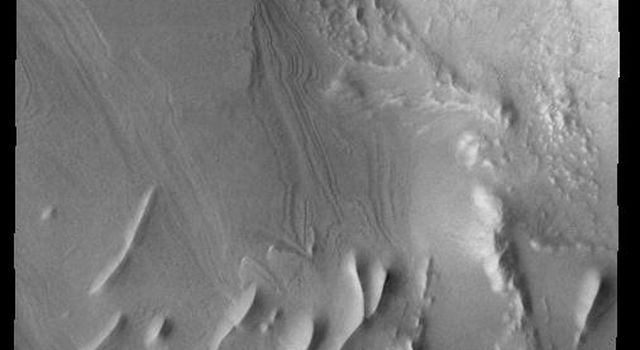 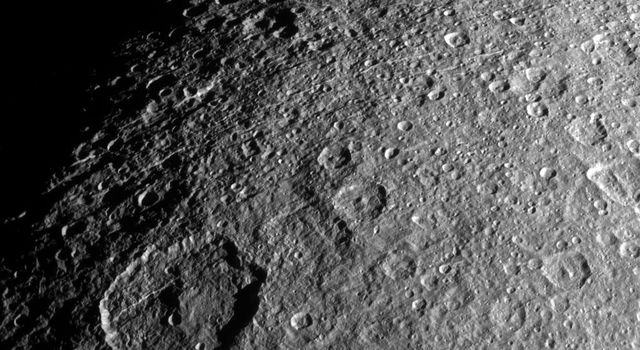 This animated sequence of images from NASA's Dawn spacecraft shows northern terrain on the sunlit side of dwarf planet Ceres. Dawn took these images on April 14 and 15 from a vantage point 14,000 miles (22,000 kilometers) above Ceres' northern hemisphere. The spacecraft was settling into its first circular orbit, called RC3 (for "rotation characterization 3"), which it will begin on April 23.

The bright feature called "spot 5" by the Dawn science team -- actually two bright spots close together -- rotates into view at right in the last few frames.

Dawn has now finished delivering the images that have helped mission planners maneuver the spacecraft to its first science orbit and prepare for subsequent observations.

A processed still image from this sequence is also available.