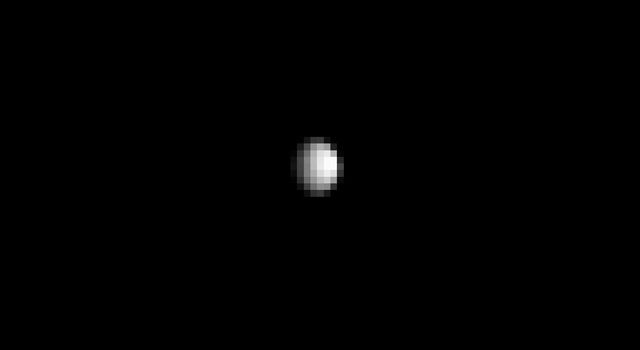 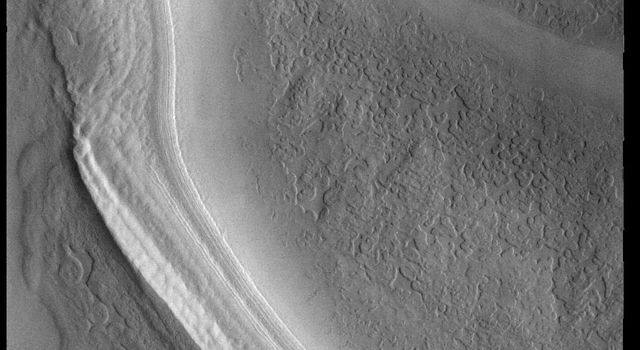 As the Dawn spacecraft flies through space toward the dwarf planet Ceres, the unexplored world appears to its camera as a bright light in the distance, full of possibility for scientific discovery.

This view was acquired as part of a final calibration of the science camera before Dawn's arrival at Ceres. To accomplish this, the camera needed to take pictures of a target that appears just a few pixels across. On Dec. 1, 2014, Ceres was about nine pixels in diameter, nearly perfect for this calibration. The images provide data on very subtle optical properties of the camera that scientists will use when they analyze and interpret the details of some of the pictures returned from orbit.

Ceres is the bright spot in the center of the image. Because the dwarf planet is much brighter than the stars in the background, the camera team selected a long exposure time to make the stars visible. The long exposure made Ceres appear overexposed, and exaggerated its size; this was corrected by superimposing a shorter exposure of the dwarf planet in the center of the image.

A cropped, magnified view of Ceres appears in the inset image at lower left.