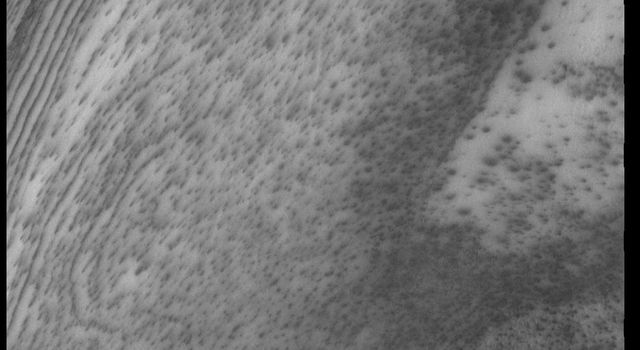 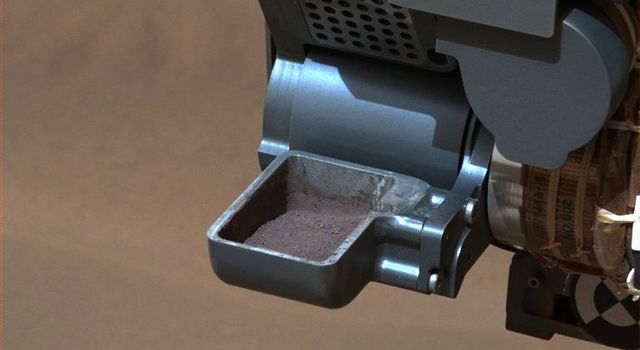 This image shows the first holes drilled by NASA's Mars rover Curiosity at Mount Sharp. The loose material near the drill holes is drill tailings and an accumulation of dust that slid down the rock during drilling.

The site is on a patch of flat rock called "Confidence Hills" in the "Pahrump Hills" area of Mars' Gale Crater. This is Curiosity's first drill site since reaching the base of Mount Sharp in September 2014.

An annotated version of the image, indicating scale in the scene, is provided above.

The view combines several exposures taken by the Mastcam's left-eye camera during the 759th Martian day, or sol, of the rover's work on Mars (Sept. 24, 2014). The component images have been calibrated, linearly scaled and brightened, which results in colors that resemble those that would be seen under daytime lighting conditions on Earth.