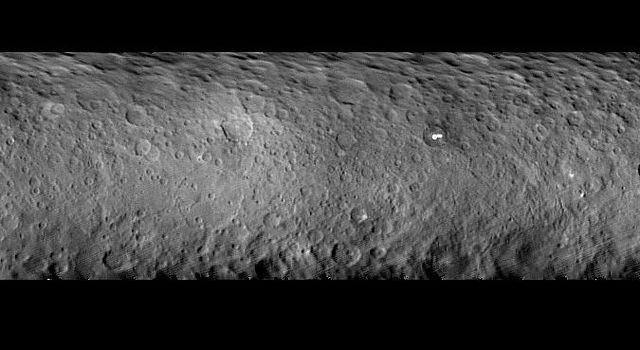 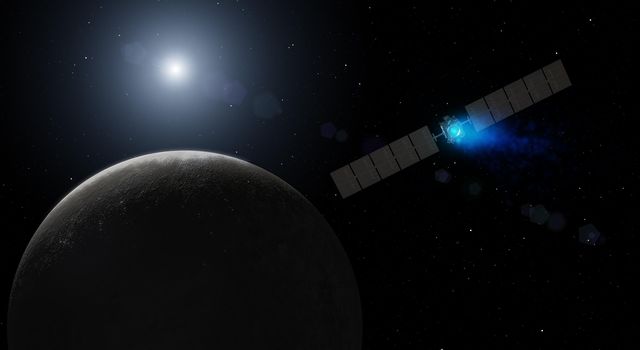 This artist's concept shows NASA's Dawn spacecraft arriving at the dwarf planet Ceres (lower right). Dawn travels through space using a technology called ion propulsion, in which ions are accelerated out of an engine, giving the spacecraft thrust. The xenon ions glow with blue light.