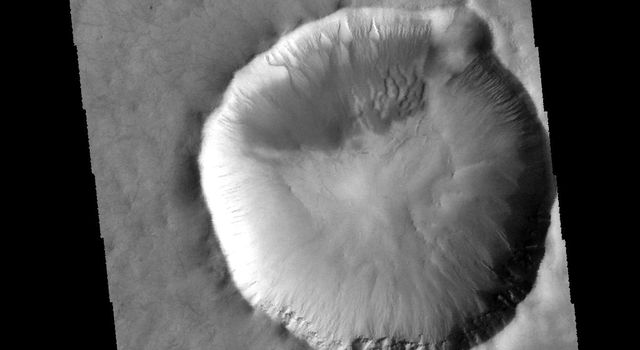 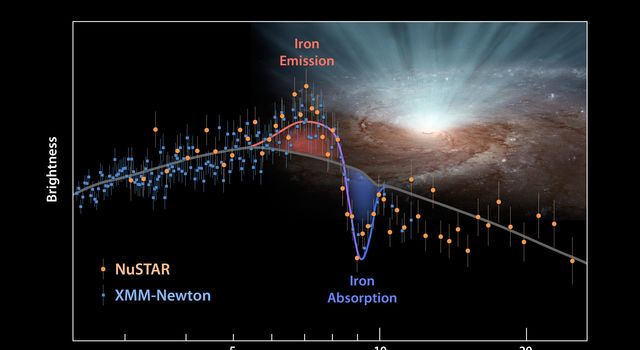 The Answer is Blowing in the Black Hole Wind

Supermassive black holes at the cores of galaxies blast radiation and ultra-fast winds outward, as illustrated in this artist's conception. New data from NASA's Nuclear Spectroscopic Telescope Array (NuSTAR) and the European Space Agency's (ESA's) XMM-Newton telescopes show that these winds, which contain gases of highly ionized atoms, blow in a nearly spherical fashion, emanating in every direction, as shown in the artwork. The findings rule out the possibility that the winds blow in narrow beams.

With the shape and extent of the winds known, the researchers were able to determine the winds' strength. The high-speed winds are powerful enough to shut down star formation throughout a galaxy.

The artwork is based on an image of the Pinwheel galaxy (Messier 101) taken by NASA's Hubble Space Telescope.