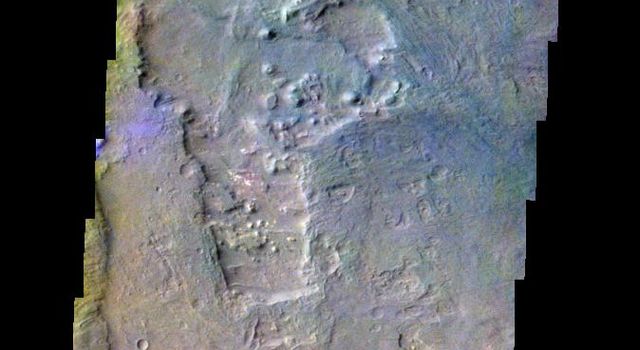 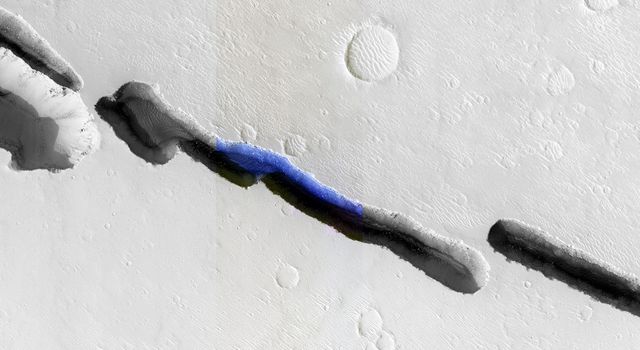 The Eastern Portion of Cerberus Fossae
Click on an individual image for larger views
The real monster black hole is revealed in this image from NASA's Nuclear Spectroscopic Telescope Array of colliding galaxies Arp 299. In the center panel, the NuSTAR high-energy X-ray data appear in various colors overlaid on a visible-light image from NASA's Hubble Space Telescope. The panel on the left shows the NuSTAR data alone, while the visible-light image is on the far right.

Before NuSTAR, astronomers knew that the each of the two galaxies in Arp 299 held a supermassive black hole at its heart, but they weren't sure if one or both were actively chomping on gas in a process called accretion. The new high-energy X-ray data reveal that the supermassive black hole in the galaxy on the right is indeed the hungry one, releasing energetic X-rays as it consumes gas.