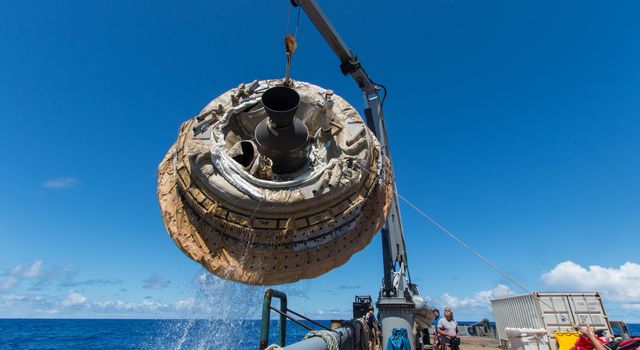 Saucer Out of the Drink 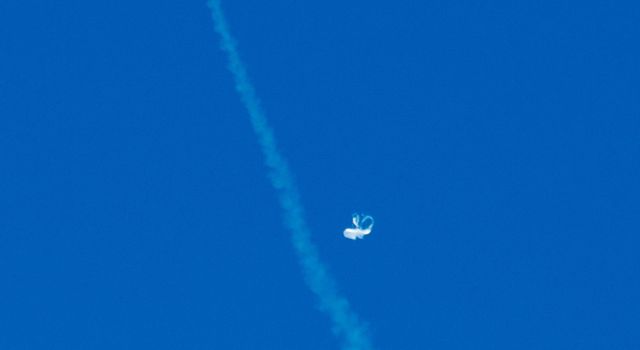 Hours after the June 28, 2014, test of NASA's Low-Density Supersonic Decelerator over the U.S. Navy's Pacific Missile Range, two members of the Navy's Explosive Ordinance Disposal swim toward the test vehicle. In the background is the recovery vessel Mana'o II.