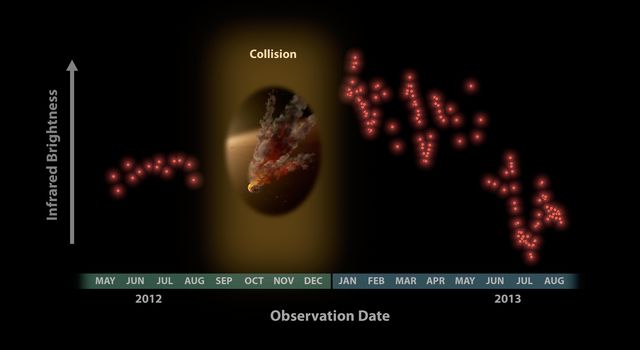 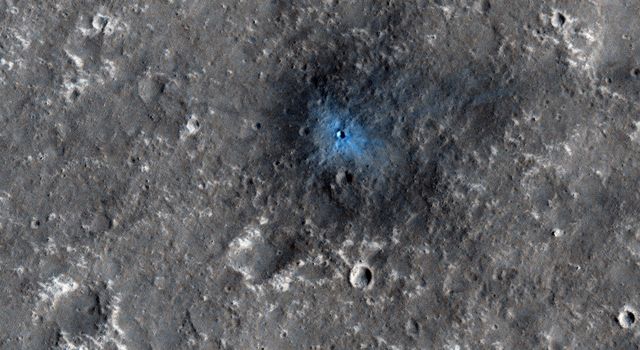 Planets, including those like our own Earth, form from epic collisions between asteroids and even bigger bodies, called proto-planets. Sometimes the colliding bodies are ground to dust, and sometimes they stick together to ultimately form larger, mature planets.

This artist's conception shows one such smash-up, the evidence for which was collected by NASA's Spitzer Space Telescope. Spitzer's infrared vision detected a huge eruption around the star NGC 2547-ID8 between August 2012 and 2013. Scientists think the dust was kicked up by a massive collision between two large asteroids. They say the smashup took place in the star's "terrestrial zone," the region around stars where rocky planets like Earth take shape.

NGC 2547-ID8 is a sun-like star located about 1,200 light-years from Earth in the constellation Vela. It is about 35 million years old, the same age our young sun was when its rocky planets were finally assembled via massive collisions -- including the giant impact on proto-Earth that led to the formation of the moon. The recent impact witnessed by Spitzer may be a sign of similar terrestrial planet building. Near-real-time studies like these help astronomers understand how the chaotic process works.