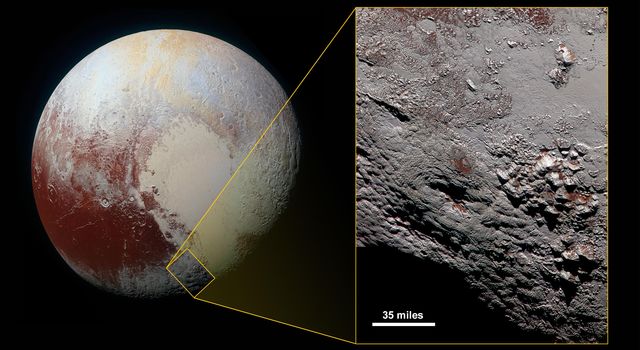 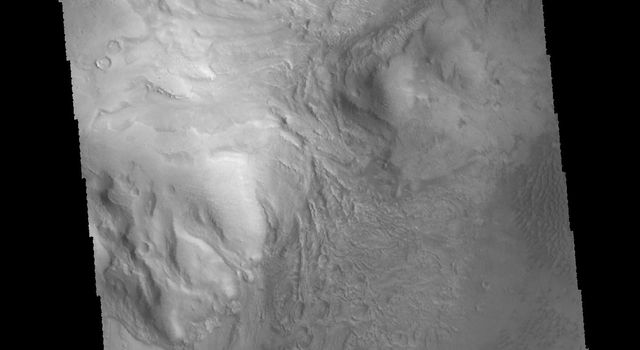 Janus and Tethys demonstrate the main difference between small moons and large ones. It's all about the moon's shape.

Moons like Tethys (660 miles or 1,062 kilometers across) are large enough that their own gravity is sufficient to overcome the material strength of the substances they are made of (mostly ice in the case of Tethys) and mold them into spherical shapes. But small moons like Janus (111 miles or 179 kilometers across) are not massive enough for their gravity to form them into a sphere. Janus and its like are left as irregularly shaped bodies.

Saturn's narrow F ring and the outer edge of its A ring slice across the scene.

This view looks toward the unilluminated side of the rings from about 0.23 degrees below the ring plane. The image was taken in visible green light with the Cassini spacecraft narrow-angle camera on Oct. 27, 2015.