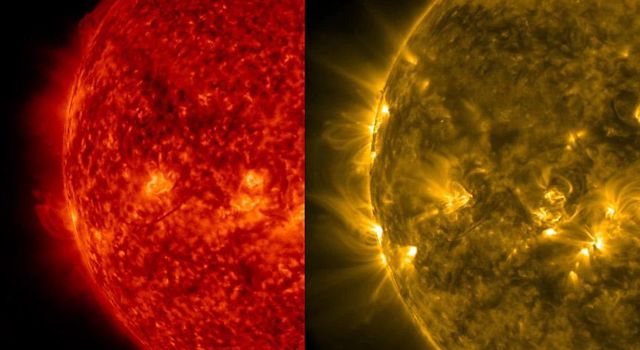 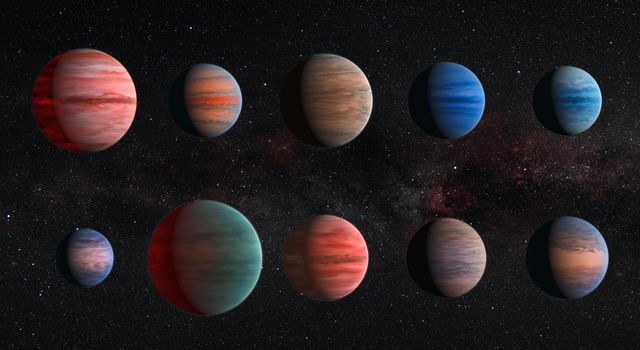 Like a cosmic bull's-eye, Enceladus and Tethys line up almost perfectly for Cassini's cameras.

Since the two moons are not only aligned, but also at relatively similar distances from Cassini, the apparent sizes in this image are a good approximation of the relative sizes of Enceladus (313 miles or 504 kilometers across) and Tethys (660 miles or 1,062 kilometers across).

This view looks toward the unilluminated side of the rings from 0.34 degrees below the ring plane. The image was taken in red light with the Cassini spacecraft narrow-angle camera on Sept. 24, 2015.