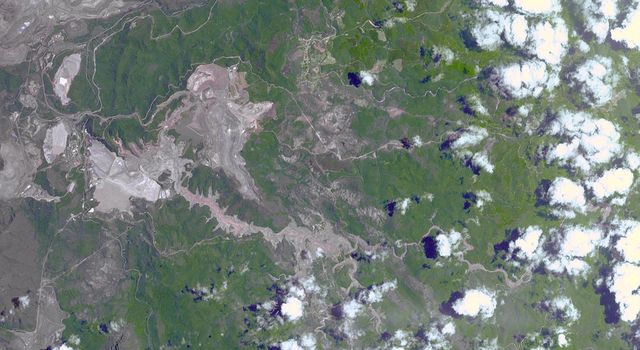 Flooding at Iron-Ore Mine, SE Brazil 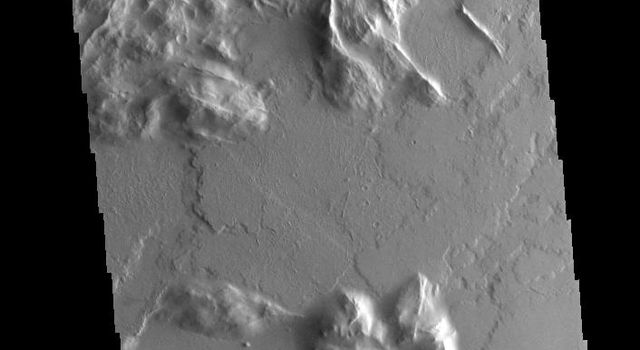 Although Dione (near) and Enceladus (far) are composed of nearly the same materials, Enceladus has a considerably higher reflectivity than Dione. As a result, it appears brighter against the dark night sky.

The surface of Enceladus (313 miles or 504 kilometers across) endures a constant rain of ice grains from its south polar jets. As a result, its surface is more like fresh, bright, snow than Dione's (698 miles or 1123 kilometers across) older, weathered surface. As clean, fresh surfaces are left exposed in space, they slowly gather dust and radiation damage and darken in a process known as "space weathering."

This view looks toward the leading hemisphere of Enceladus. North on Enceladus is up and rotated 1 degree to the right. The image was taken in visible light with the Cassini spacecraft narrow-angle camera on Sept. 8, 2015.