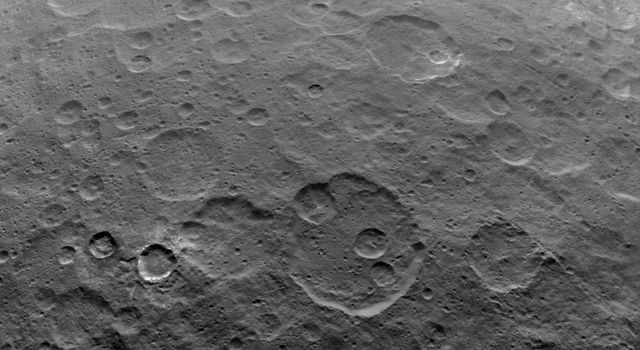 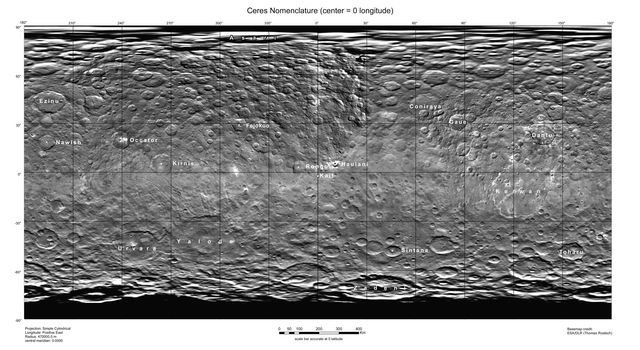 While not bursting with activity like its sister satellite Enceladus, the surface of Dione is definitely not boring. Some parts of the surface are covered by linear features, called chasmata, which provide dramatic contrast to the round impact craters that typically cover moons.

The bright network of fractures on Dione (698 miles or 1123 kilometers across) was seen originally at poor resolution in Voyager images and was labeled as "wispy terrain." The nature of this terrain was unclear until Cassini showed that they weren't surface deposits of frost, as some had suspected, but rather a pattern of bright icy cliffs among myriad fractures. One possibility is that this stress pattern may be related to Dione's orbital evolution and the effect of tidal stresses over time.

This view looks toward the trailing hemisphere of Dione. North on Dione is up. The image was taken in visible light with the Cassini spacecraft narrow-angle camera on April 11, 2015.