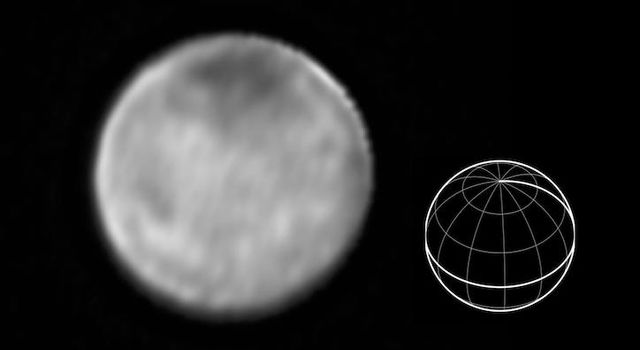 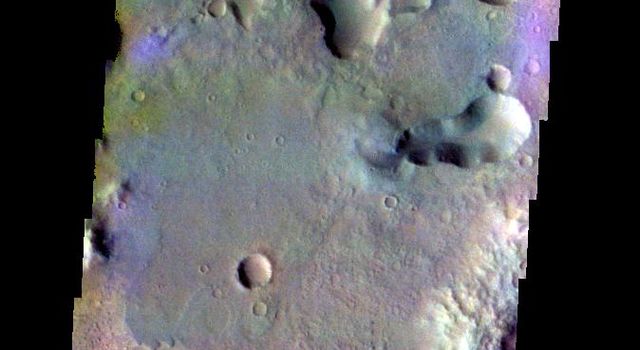 In Greek mythology, Dione was the daughter of Tethys, so we should perhaps not be surprised to see the two eponymous moons together.

Dione in this image is the upper moon, while Tethys is the lower.

This view looks toward the anti-Saturn side of Dione. North on Dione is to the right. The image was taken in visible light with the Cassini spacecraft narrow-angle camera on April 4, 2015.

The view was obtained at a distance of approximately 1.5 million miles (2.4 million kilometers) from Dione. Image scale is 9 miles (14 kilometers) per pixel.