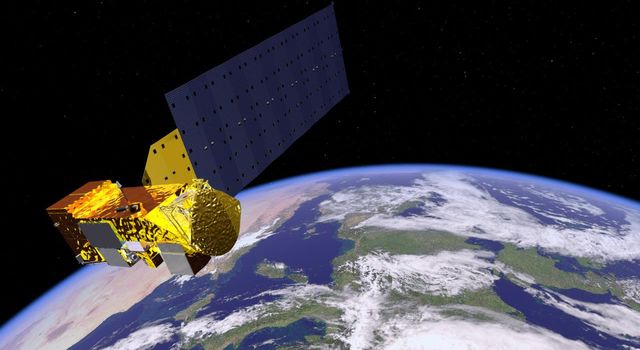 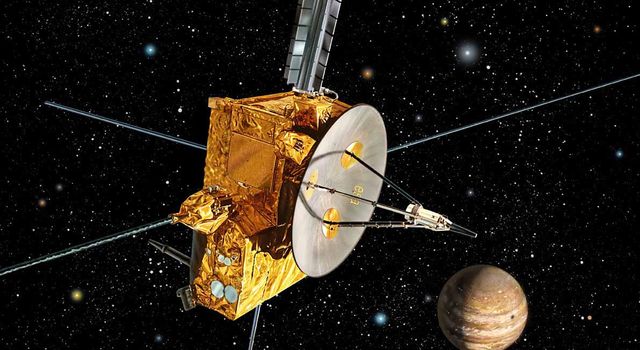 This image from the Navigation Camera (Navcam) on NASA's Curiosity Mars rover includes a bright spot near the upper left corner. The sun is in the same direction, west-northwest, above the frame. Bright spots appear in images from the rover nearly every week. Typical explanations for them are cosmic rays hitting the light detector or sunlight glinting from rocks.

One possible explanation for the bright spot in this image is a glint from a rock surface reflecting the sun. Another is a cosmic ray hitting the camera's light detector, a CCD (charge-coupled device). Cosmic ray patterns in Mars rover images vary from a dot to a long line depending on the angle at which the ray strikes the detector.