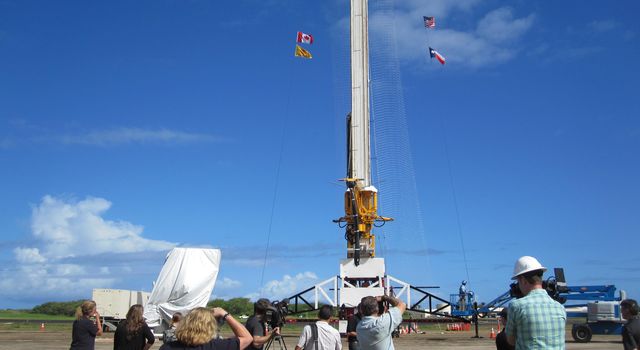 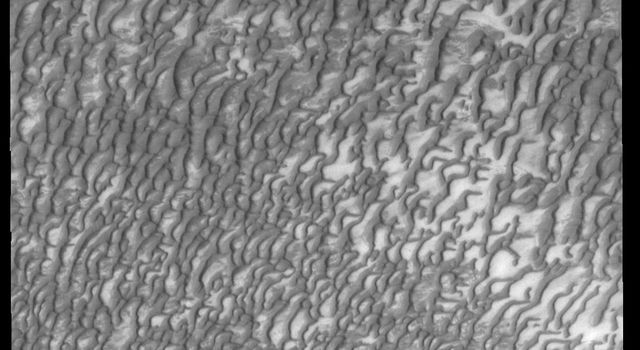 Members of the team for NASA's Low-Density Supersonic Decelerator (LDSD) stand in front of the project's saucer-shaped test vehicle at the U.S. Navy's Pacific Missile Range Facility in Kauai, Hawaii. The vehicle will be flown high above Earth to test landing technologies for future Mars missions.