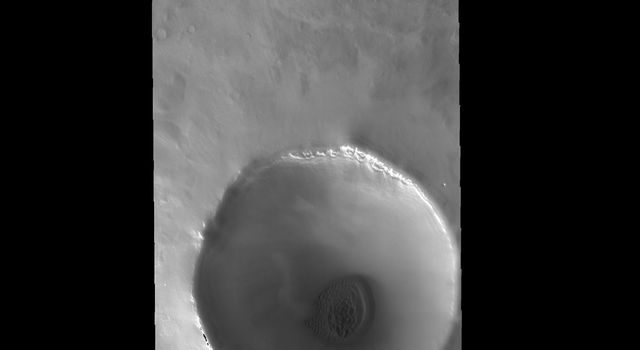 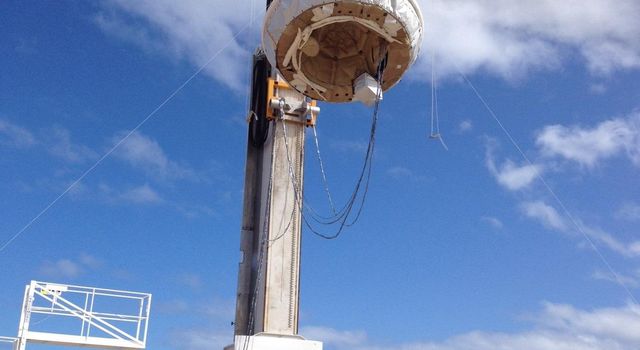 An engineer works on the Parachute Deployment Device of the Low-Density Supersonic Decelerator test vehicle in this image taken at the Missile Assembly Building at the U.S. Navy's Pacific Missile Range Facility in Kaua'i, Hawaii. From high altitudes above Earth, the vehicle will test two devices for landing future heavy payloads on Mars. One of the two devices is a mammoth parachute called the Supersonic Disk Sail Parachute.

That parachute will be released with the help of the Parachute Deployment Device, the can with barber-like stripes seen at the center of the picture. Inside is a 14.4-foot (4.4-meter) ballute, which is a cross between a balloon and a parachute. Once the test vehicle is at the right altitude, the ballute will be shot out of the can by a gunpowder mortar, after which the drag on the ballute is used to pull out the big parachute from a separate compartment.