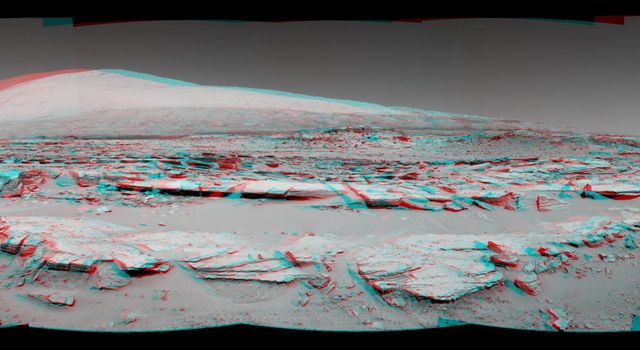 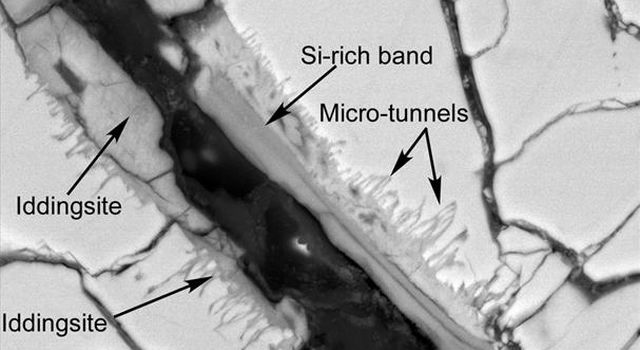 Microtunnels in Yamato Meteorite From Mars

This landscape scene photographed by NASA's Curiosity Mars rover shows rows of rocks in the foreground and Mount Sharp on the horizon. Curiosity's Navigation Camera (Navcam) took the component images for this mosaic during a pause in driving on the 548th Martian day, or sol, of the rover's work on Mars (Feb. 19, 2014). The Sol 548 drive covered 328 feet (100 meters).

Images taken from orbit and used in planning the rover's route toward lower slopes of Mount Sharp had piqued researchers interest in the striations on the ground that are formed by these rows of rocks. This particular outcrop is called "Junda." Similar striations are apparent on other patches of ground along the planned route.