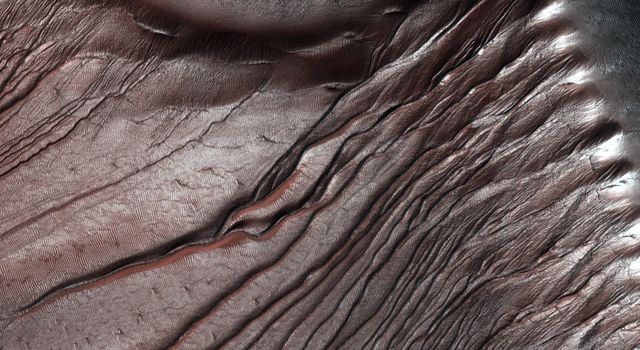 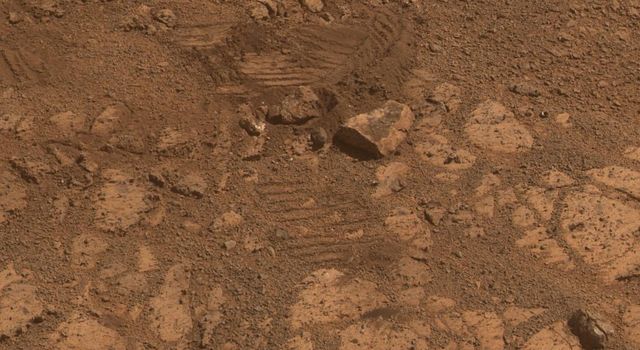 Where Martian 'Jelly Doughnut' Rock Came From
Click on an individual image for larger views
The boulder-studded ridge in this scene recorded by NASA's Mars Exploration Rover Opportunity is "McClure-Beverlin Escarpment," informally named for Jack Beverlin and Bill McClure, engineers who on Feb. 14, 1969, risked their lives to save NASA's second successful Mars mission, Mariner 6, on its launch pad.

This view toward the south is a mosaic of images taken by Opportunity's panoramic camera (Pancam) during the 3,527th Martian day, or sol, of the rover's work on Mars (Dec. 25, 2013). The rover team plans to use Opportunity during 2014 to investigate rock layers exposed on the slope upward toward the McClure-Beverlin Escarpment.

The view merges exposures taken through three of the Pancam's color filters and is presented in approximate true color. A version in false color, to emphasize subtle color differences among Martian surface materials, is available as Figure 1. A stereo version, Figure 2, appears three dimensional when viewed through red-blue glasses with the red lens on the left.