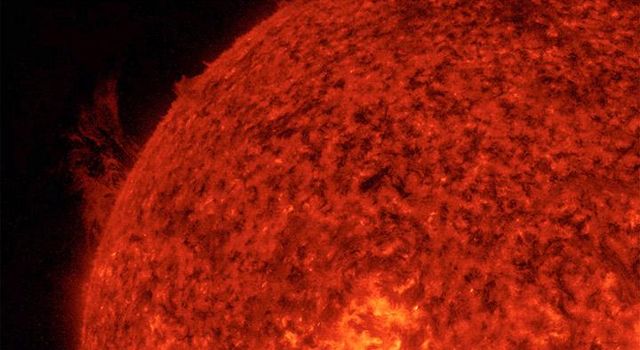 Playing Along the Edge 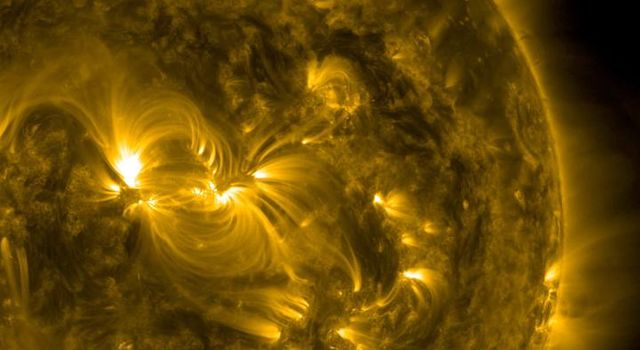 The Sun produced three M-class (medium-sized) flares in less than 13 hours and the third one had an interesting flourish at the end (July 22-23, 2016). These were the largest flares the Sun had produced this year. The first two flares occurred in quick succession. The third one (see the still taken at 5:38 UT on the 23rd), besides the familiar bright flash of a flare, also spewed out into space a curving string of plasma.