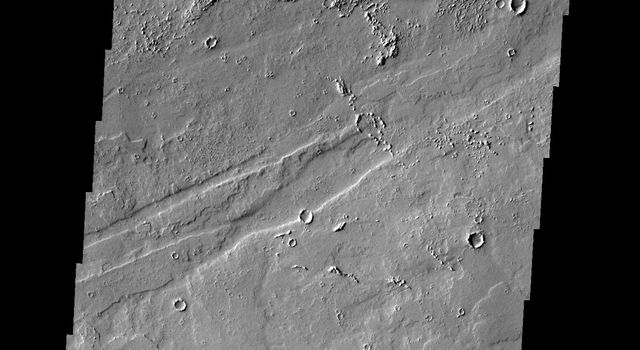 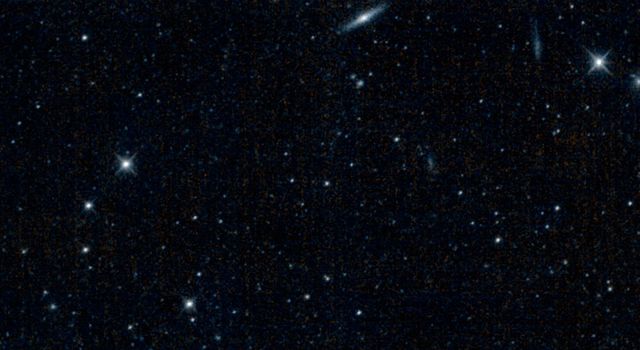 NASA's NEOWISE spacecraft opened its "eyes" after more than two years of slumber to see the starry sky with the same clarity achieved during its prime mission. This image of a patch of sky in the constellation Pisces is among the first taken by the revived spacecraft's infrared cameras, and shows the ultimate target: asteroids. Appearing as a string of red dots, an asteroid can be seen in a series of exposures captured by the spacecraft.

The rocky body belongs to our solar system's main belt, a band of asteroids that orbits between Mars and Jupiter. NEOWISE is on the lookout for both main belt asteroids such as these, and especially for near-Earth objects (NEOs), which include asteroids and comets that pass relatively close to Earth.

The faint red streak in the image is an Earth-orbiting satellite passing above the NEOWISE spacecraft.

NEOWISE originated as a mission called WISE, which was put into hibernation in 2011 upon completing its goal of surveying the entire sky in infrared light. WISE cataloged three quarters of a billion objects, including asteroids, stars and galaxies. In August 2013, NASA decided to reinstate the spacecraft on a mission to find and characterize more asteroids.