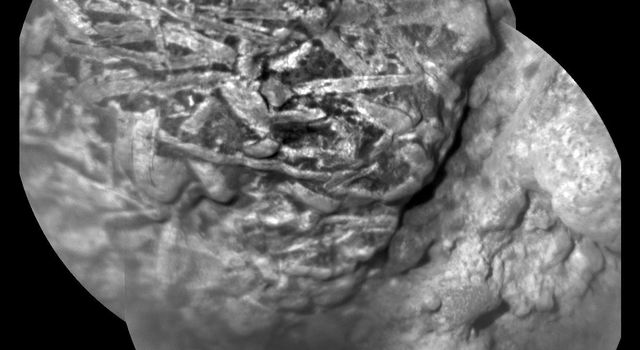 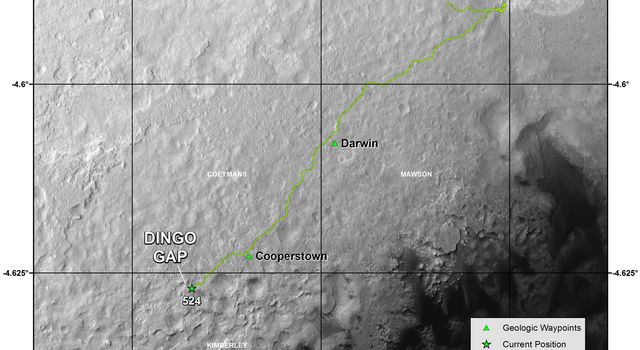 This scene combines images taken by the left-eye camera of the Mast Camera (Mastcam) instrument on NASA's Curiosity Mars rover during the midafternoon, local Mars solar time, of the mission's 526th Martian day, or sol (Jan. 28, 2014). The sand dune in the upper center of the image spans a gap, called "Dingo Gap," between two short scarps. The dune is about 3 feet (1 meter) high. The nearer edge of it is about 115 feet (35 meters) away from the rover's position when the component images were taken, just after a Sol 526 drive of 49 feet (15 meters).

NASA's Jet Propulsion Laboratory manages the Mars Science Laboratory mission and the mission's Curiosity rover for NASA's Science Mission Directorate in Washington. The rover was designed, developed and assembled at JPL, a division of the California Institute of Technology in Pasadena.