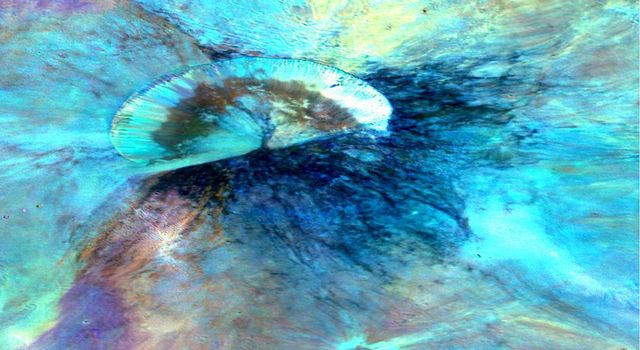 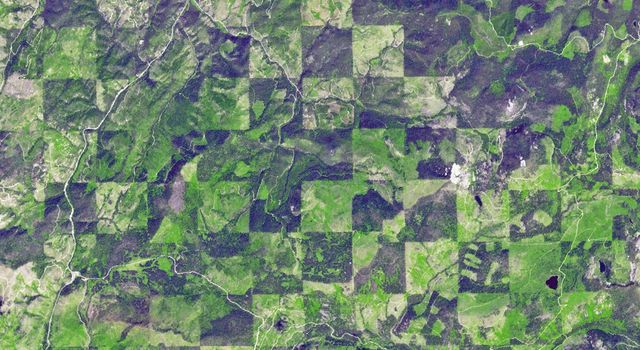 This colorful composite image from NASA's Dawn mission shows the flow of material inside and outside a crater called Aelia on the giant asteroid Vesta. The area is around 14 degrees south latitude. The images that went into this composite were obtained by Dawn's framing camera from September to October 2011.

To the naked eye, these structures would not be seen. But here, they stand out in blue and red.

The crater has a diameter of 2.7 miles (4.3 kilometers). The exact origin of the flow structures is unknown. A possible explanation is that the impact that produced the crater could have created liquid material with different minerals than the surroundings.