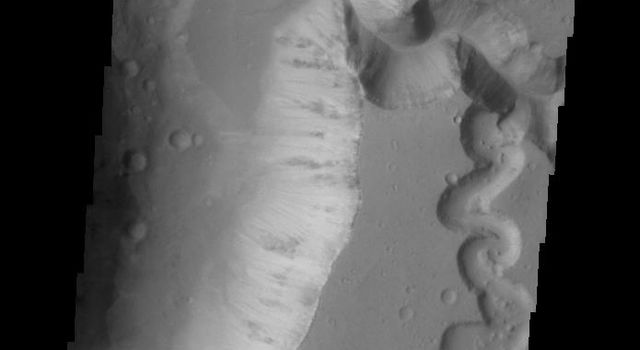 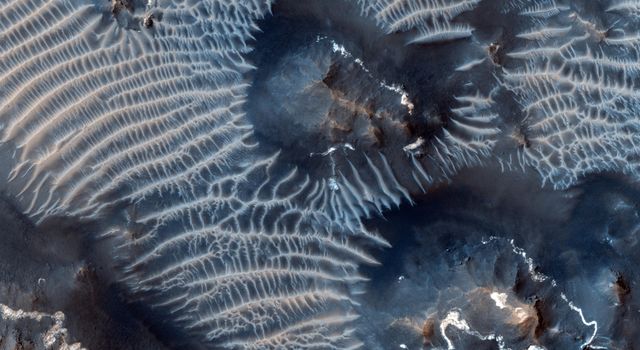 Scientists now know that Mars has a lot more ice than once thought. Many lobate features are now known to be almost pure ice, like glaciers on the Earth.

We still don't know for sure if these Martian ice deposits flow like Earth's glaciers. Knowing how fast they flow (if at all!) would help us understand more about the climate of Mars and how it has changed over time.

This image shows one of these icy lobate features wrapping around a small hill. There is an unusual texture on the ice at the base of this hill that people have called "brain terrain." This strange-looking surface might be related to flow of the ice, but we still don't have a definite explanation for this mystery.