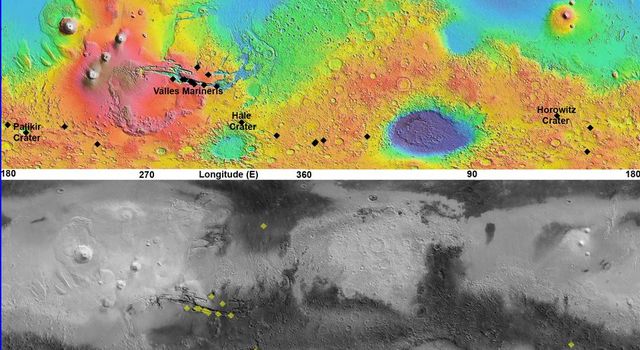 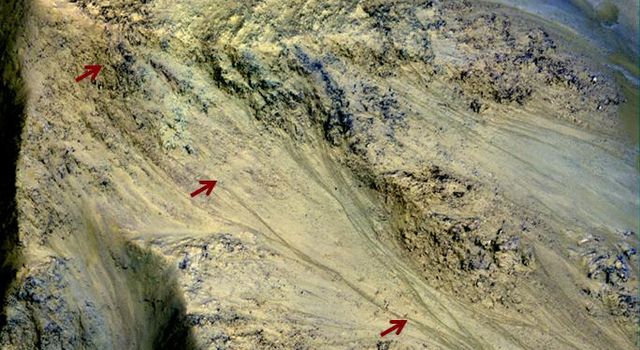 These images from the High Resolution Imaging Science Experiment (HiRISE) camera on NASA's Mars Reconnaissance Orbiter show how the appearance of dark markings on Martian slope changes with the seasons. The marks, called recurrent slope linea, extend down slopes during warmer months and fade away during cooler months. This animation shows the same location at several times of year. The location is in a crater on the floor of Valles Marineris, near the Martian equator.