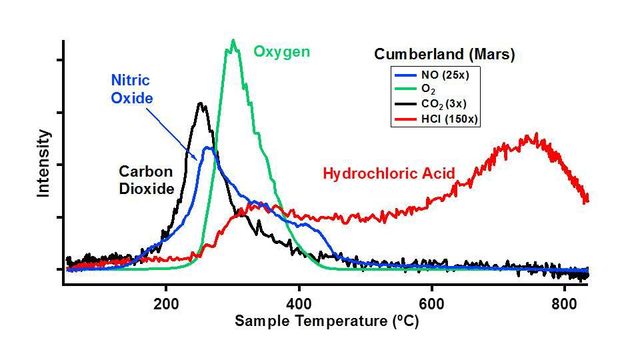 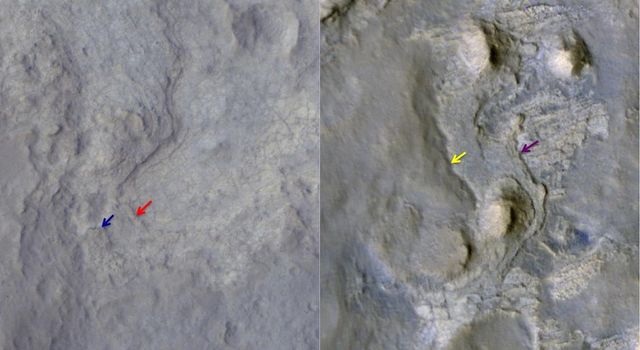 Clay minerals are composed of layers. Water and cations (positive-charged ions) can be stored between these layers. This schematic shows the atomic structure of the smallest units that make up the layers and interlayer region of clay minerals. This structure is similar to the clay mineral in drilled rock powder collected by NASA's Curiosity Mars rover and analyzed by the rover's Chemistry and Mineralogy (CheMin) and Sample Analysis at Mars (SAM) laboratory instruments. The rover drilled into rock targets "Cumberland" (in upper left insert) and "John Klein," both in the Sheepbed mudstone at Yellowknife Bay, Gale Crater, Mars.