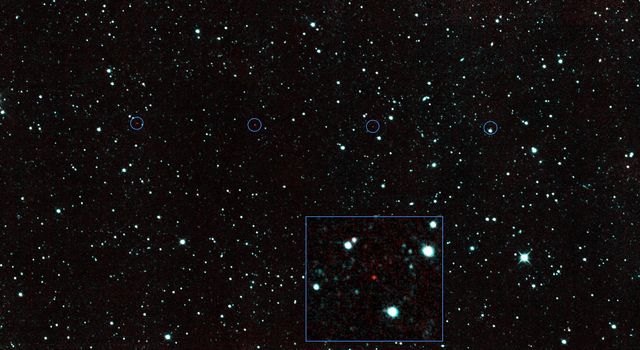 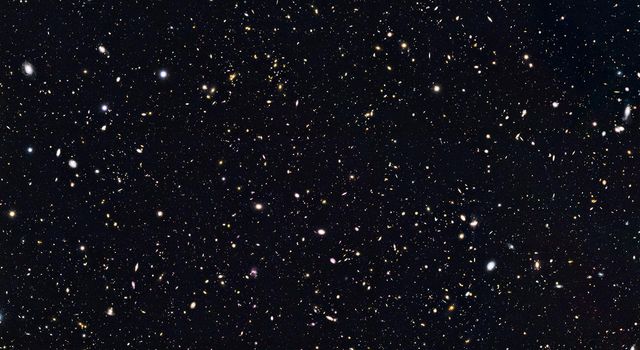 This long-exposure image from NASA's Hubble Space Telescope of massive galaxy cluster Abell 2744 is the deepest ever made of any cluster of galaxies. It shows some of the faintest and youngest galaxies ever detected in space. Abell 2744, located in the constellation Sculptor, appears in the foreground of this image. It contains several hundred galaxies as they looked 3.5 billion years ago. The immense gravity in Abell 2744 acts as a gravitational lens to warp space and brighten and magnify images of nearly 3,000 distant background galaxies. The more distant galaxies appear as they did longer than 12 billion years ago, not long after the big bang.

This image is part of an unprecedented long-distance view of the universe from an ambitious collaborative project among NASA's Hubble, Spitzer and Chandra space telescopes called The Frontier Fields. Over the next several years, select patches of the sky will be photographed for the purpose of better understanding galaxy evolution. This visible-light and near-infrared composite image was taken with Hubble's Wide Field Camera 3.