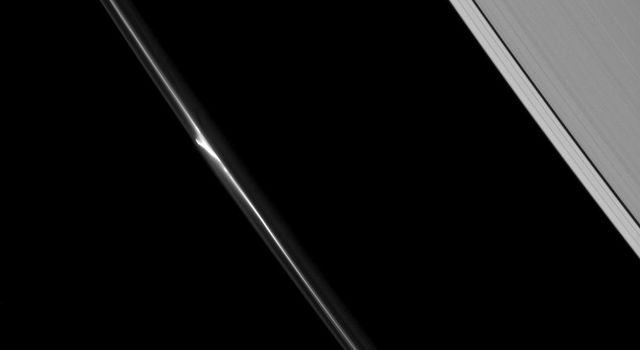 For at least a couple of days, the science team of NASA's Mars rover Curiosity is focused on a full-bore science campaign at a tantalizing, rocky site informally called "Darwin."

Curiosity arrived in the vicinity of Darwin last week after its longest drive yet. The rover rolled closer to Darwin in recent days to lay its "contact science" instruments on the bedrock itself for in-depth mineral and chemical composition analysis.

Darwin and other rocks in the area first were seen in images taken from an orbiting spacecraft. The region was chosen as "Waypoint 1" because it appears to expose layers of rock that could reveal the inner makeup and history of the plains on the floor of Gale Crater, including any flows of water that laid these materials down in the past. Analysis of Darwin may provide evidence of whether and how water played a role in the layering of rocks in this region.

This view of Darwin was taken with the left eye of the Mast Camera (Mastcam) on Curiosity during the 390th Martian day, or sol, of the rover's work on Mars (Sept. 10, 2013).