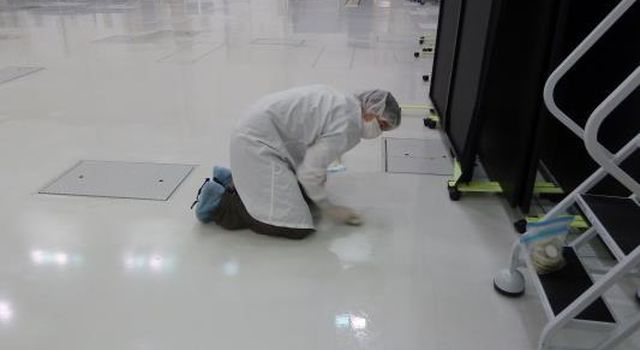 Looking for Microbes in a Spacecraft Assembly Clean Room 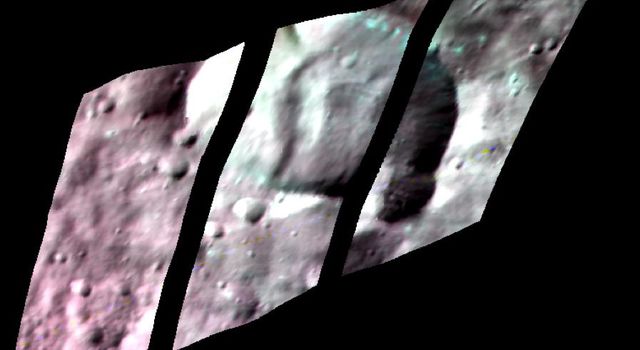 This image from NASA's Dawn mission shows a crater in the northern hemisphere of the giant asteroid Vesta called Bellicia. This image from Dawn's framing camera was obtained on June 25, 2012, from an altitude of 420 miles (680 kilometers).

Infrared and visible-light data obtained by Dawn's visible and infrared mapping spectrometer of this crater showed unexpected concentrations of the mineral olivine. Those detections of olivine are associated with several features in this image: a deposit slumped downslope (annotated with the number 1), comingled bright and dark materials on the crater wall (number 2), relatively dark material adjacent to other olivine-rich material (number 3) and small craters on the material ejected by the impact event that originally created Bellicia (number 4).

The Dawn mission to Vesta and Ceres is managed by the Jet Propulsion Laboratory, for NASA's Science Mission Directorate, Washington, D.C. It is a project of the Discovery Program managed by NASA's Marshall Space Flight Center, Huntsville, Ala. UCLA is responsible for overall Dawn mission science. Orbital Sciences Corporation of Dulles, Va., designed and built the Dawn spacecraft. The framing cameras were developed and built under the leadership of the Max Planck Institute for Solar System Research, Katlenburg-Lindau, Germany, with significant contributions by the German Aerospace Center (DLR) Institute of Planetary Research, Berlin, and in coordination with the Institute of Computer and Communication Network Engineering, Braunschweig. The framing camera project is funded by the Max Planck Society, DLR and NASA. The visible and infrared mapping spectrometer was provided by the Italian Space Agency and is managed by Italy's National Institute for Astrophysics, Rome, in collaboration with Selex Galileo, where it was built.