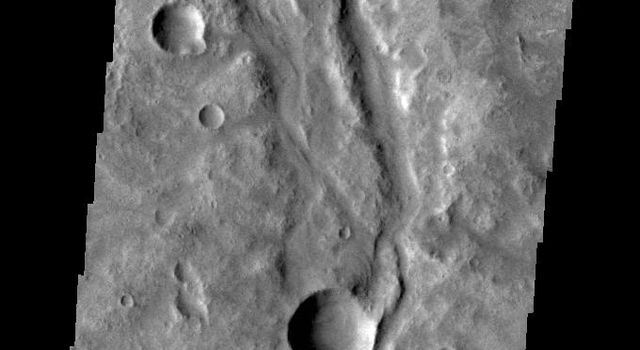 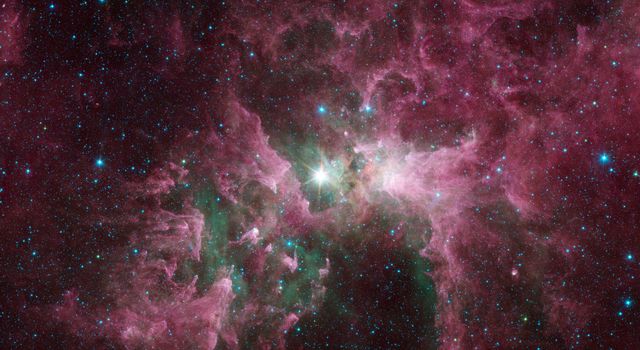 Figure 1
The spectacular swirling arms and central bar of the Sculptor galaxy are revealed in this new view from NASA's Spitzer Space Telescope. This image is an infrared composite combining data from two of Spitzer's detectors taken during its early cold, or cryogenic, mission.

Also known as NGC 253, the Sculptor galaxy is part of a cluster of galaxies visible to observers in the Southern hemisphere. It is known as a starburst galaxy for the extraordinarily strong star formation in its nucleus. This activity warms the surrounding dust clouds, causing the brilliant yellow-red glow in the center of this infrared image.

Figure 1 is split into two constituent parts on the right. On the top is a blue glow primarily from the light of stars as seen at the shorter wavelengths of infrared light. In this view, the disk, spiral arms and central bar are easy to see. The lower right image shows the glow of dust at longer infrared wavelengths in green and red. Regions of star formation glow especially bright at the longest wavelengths (red).

While Spitzer is now operating without any onboard cryogen, it can still operate its shorter-wavelength detectors to produce images equivalent to the star map on the upper right. Spitzer continues to be a valuable tool for studying the infrared properties of galaxies near and far.

Infrared light with wavelengths of 3.6 and 4.5 microns is shown as blue/cyan. Eight-micron light is rendered in green, and 24-micron emission is red.