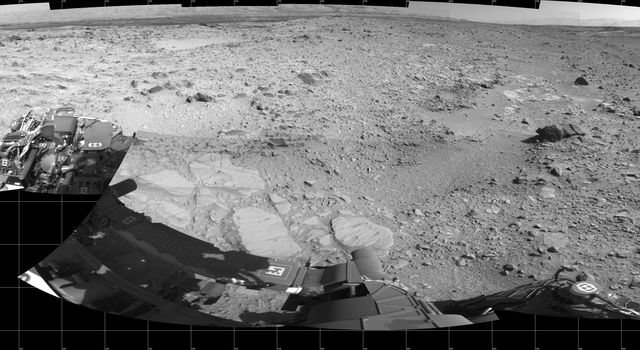 Rocky Mars Ground Where Curiosity Has Been Driving 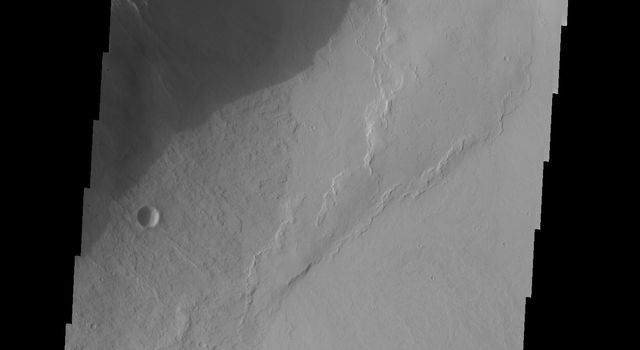 Iapetus is a moon of extreme contrasts. The light and dark features give the moon a distinctive "yin and yang" appearance. Scientists believe that a runaway migration of ice on the surface, triggered by a preferential initial darkening and consequential warming of the leading hemisphere of the moon by infalling debris from the outer moon Phoebe, may be responsible for the unusual and striking appearance.

For more on Iapetus (914 miles, or 1,471 kilometers across), see this press release about theories regarding this moon's unique color dichotomy.

This view looks toward the Saturn-facing hemisphere of Iapetus. North on Iapetus is up and rotated 30 degrees to the right. The image was taken in visible light with the Cassini spacecraft narrow-angle camera on Aug. 30, 2013.

The view was obtained at a distance of approximately 1.5 million miles (2.5 million kilometers) from Iapetus. The raw image scale is 9 miles (15 kilometers) per pixel. This image has been magnified by a factor of 1.5.