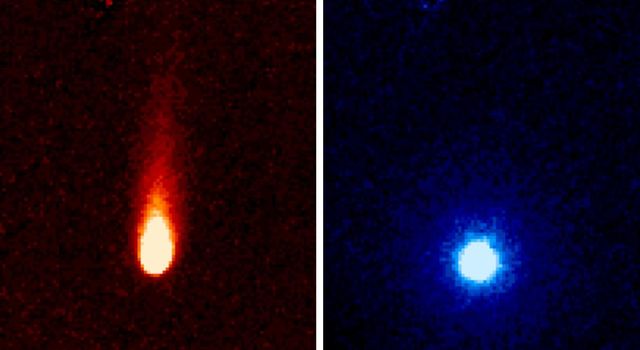 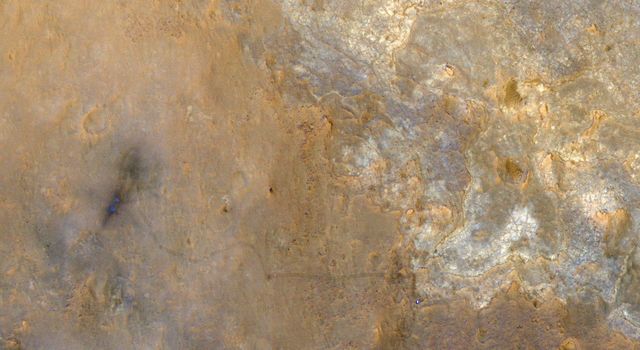 The Mars Hand Lens Imager (MAHLI) camera on NASA's Curiosity rover is carried at an angle when the rover's arm is stowed for driving. Still, the camera is able to record views of the terrain Curiosity is crossing in Gale Crater, and rotating the image 150 degrees provides this right-side-up scene. The scene is toward the south, including a portion of Mount Sharp and a band of dark dunes in front of the mountain. It was taken on the 340th Martian day, or sol, of Curiosity's work on Mars, shortly after Curiosity finished a 329.1-foot (100.3-meter) drive on that sol. The drive was twice as long as any previous sol's drive by Curiosity.

When the robotic arm, turret, and MAHLI are stowed, the MAHLI is looking out from the front left side of the rover. This is much like the view from the driver's side of cars sold in the USA.

The main purpose of Curiosity's MAHLI camera is to acquire close-up, high-resolution views of rocks and soil at the rover's Gale Crater field site. The camera is capable of focusing on any target at distances of about 0.8 inch (2.1 centimeters) to infinity. This means it can, as shown here, also obtain pictures of the Martian landscape.