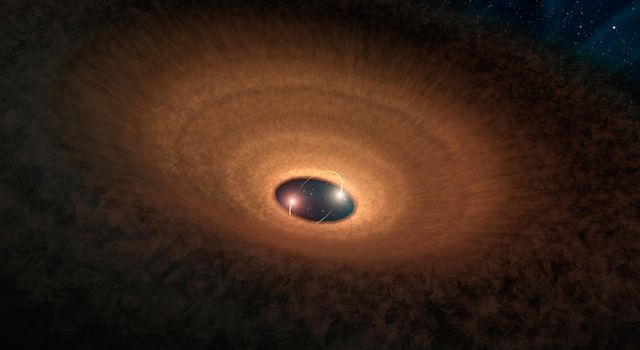 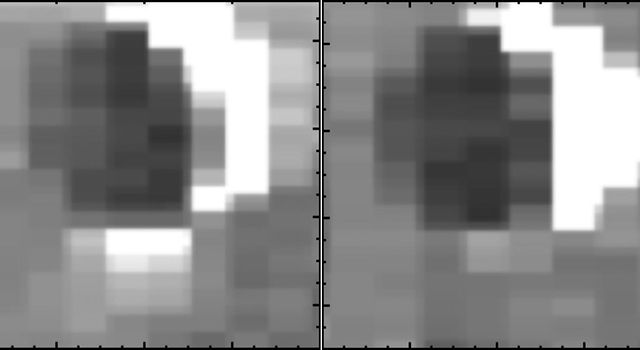 Enceladus 'On' and 'Off'

Water ice and organic particles gush out of fissures known as "tiger stripes" at Enceladus' south pole. Scientists think the fissures are squeezed shut when the moon is feeling the greatest force of Saturn's gravity. They theorize the reduction of that gravity allows the fissures to open and release the spray. Enceladus' orbit is slightly closer to Saturn on one side than the other. A simplified version of that orbit is shown as a white oval.

Scientists correlate the brightness of the Enceladus plume to the amount of solid material being ejected because the fine grains of water ice in the plume are very bright when lit from behind. Between the dimmest and brightest images, they detected a change of about three to four times in brightness, approximately the same as moving from a dim hallway to a brightly lit office.

A related image, PIA17039, shows just the Enceladus images. The Saturn system mosaic was created from data obtained by Cassini's imaging cameras in 2006.

The Cassini-Huygens mission is a cooperative project of NASA, the European Space Agency and the Italian Space Agency. NASA's Jet Propulsion Laboratory, a division of the California Institute of Technology in Pasadena, manages the mission for NASA's Science Mission Directorate, Washington, DC. The Cassini orbiter was designed, developed and assembled at JPL. The visual and infrared mapping spectrometer was built by JPL, with a major contribution by the Italian Space Agency. The visual and infrared mapping spectrometer science team is based at the University of Arizona, Tucson.