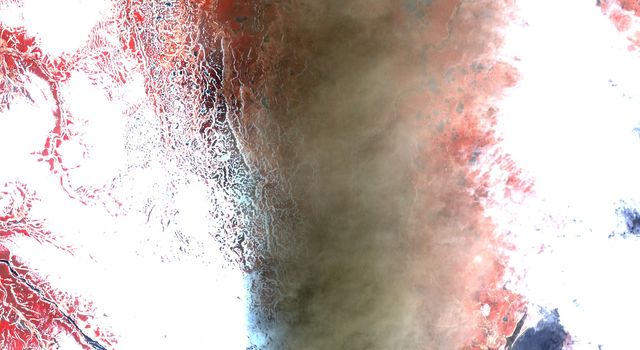 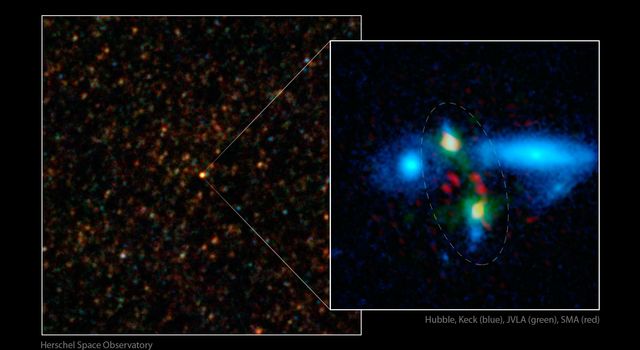 Ligeia Mare, shown here in a false-color image from NASA's Cassini mission, is the second largest known body of liquid on Saturn's moon Titan. It is filled with liquid hydrocarbons, such as ethane and methane, and is one of the many seas and lakes that bejewel Titan's north polar region. Cassini has yet to observe waves on Ligeia Mare and will look again during its next encounter on May 23, 2013.

The image is a false-color mosaic of synthetic aperture radar images obtained by the Cassini spacecraft between February 2006 and April 2007. Dark areas (low radar return) are colored black while bright regions (high radar return) are colored yellow to white. In this color scheme, liquids, which are dark to the radar, end up appearing black and the solid surface of Titan, which appears bright to the radar, ends up appearing yellow.

Several alternate versions of this image are available: an alternate version in color where areas with noisy data have been artistically enhanced (Figure 1); a black-and-white version that includes data from multiple flybys but no artistic enhancements (Figure 2); and a black-and-white image using data only from Cassini's flyby on Feb. 21, 2007 PST (Feb. 22 UTC), which was the base image for the mosaic (Figure 3).