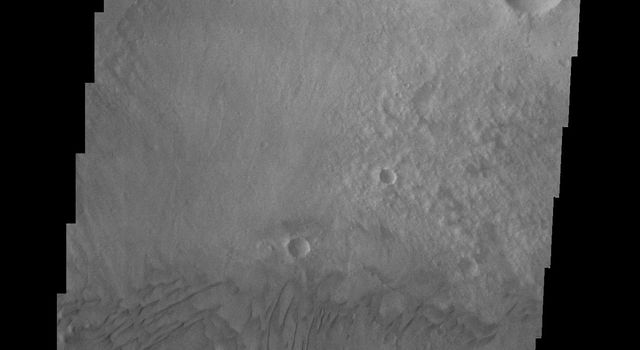 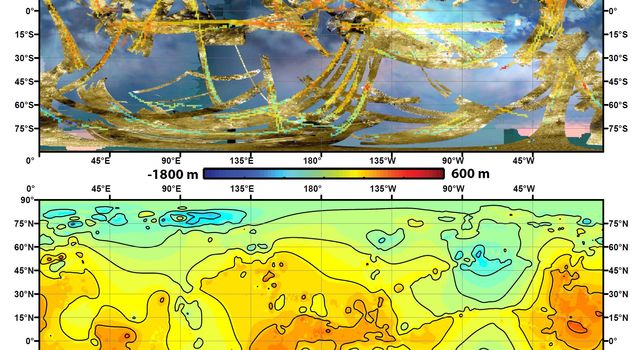 These polar maps show the first global, topographic mapping of Saturn's moon Titan, using data from NASA's Cassini mission. To create these maps, scientists employed a mathematical process called splining, which uses smooth curved surfaces to "join" the areas between grids of existing topography profiles obtained by Cassini's radar instrument. The topography maps at bottom focus on the polar regions (north at left, south at right) in stereographic projection. The top maps show the 2-D radar data in gold and black, with topography data color-coded by elevation. The bottom images are from the new topography map, with contour lines added at 656 feet (200 meters) apart in elevation.