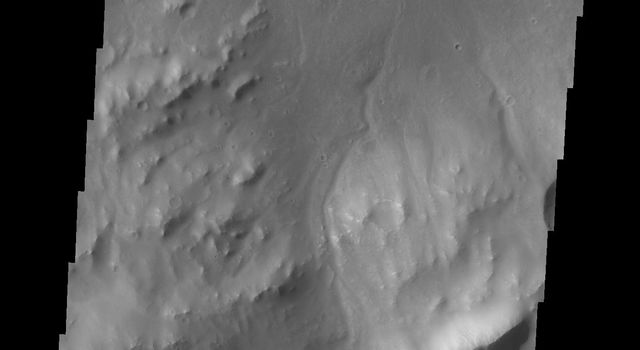 During the month of April Mars will be in conjunction relative to the Earth. This means the Sun is in the line-of-sight between Earth and Mars, and communication between the two planets is almost impossible. For conjunction, the rovers and orbiting spacecraft at Mars continue to operate, but do not send the data to Earth. This recorded data will be sent to Earth when Mars moves away from the sun and the line-of-sight between Earth and Mars is reestablished. During conjunction the THEMIS image of the day will be a visual tour of Gale Crater, the location of the newest rover Curiosity.