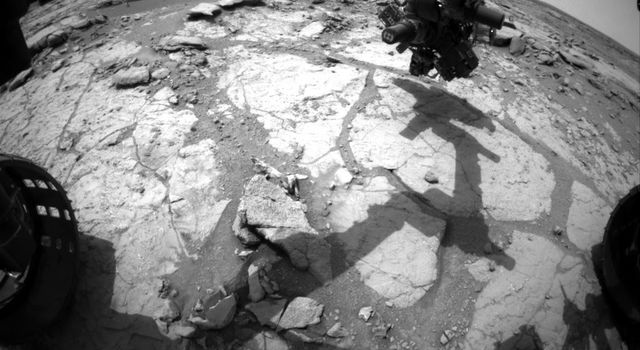 This set of images from cameras on NASA's Mars Reconnaissance Orbiter documents the appearance of a new cluster of impact craters on Mars. The orbiter has imaged at least 248 fresh craters, or crater clusters, on Mars.

The two upper images are from the orbiter's Context Camera (CTX). The upper-right image, taken on May 24, 2011, shows a dark patch at the center that is not present in the upper-left image, taken Aug. 15, 2010. The scale bar on each of these two images is 2.5 kilometers (1.6 miles). The location on Mars is 4.472 degrees north latitude, 246.893 degrees east longitude. Due to the dust blanketing the ground in this region, impacts produce a dark-looking blast zone where the dust is disturbed.

This set of images is from in a paper in the journal Icarus in which researchers report an estimated crater-forming rate of about 200 impacts per year on Mars producing craters at least 12.8 feet (3.9 meters) in diameter. More than half of the impacts in this size range result in clusters rather than single craters. Small asteroids and fragments of comets that would be too small to get through Earth's atmosphere can excavate craters on Mars because Mars has much less atmosphere than Earth.