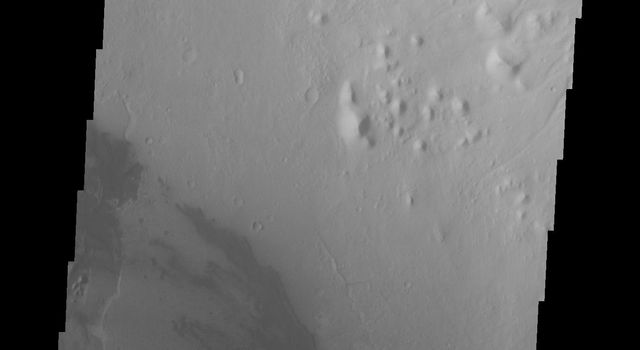 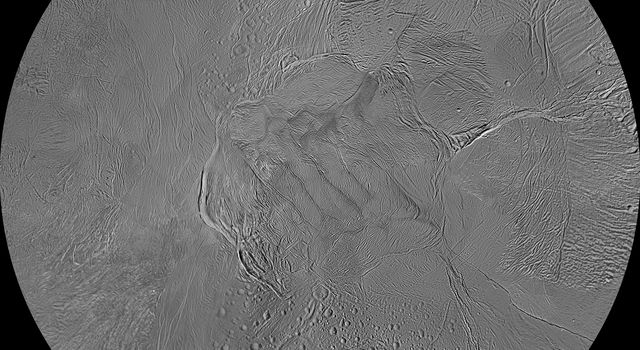 This set of images shows what might be hardware from the Soviet Union's 1971 Mars 3 lander, seen in a pair of images from the High Resolution Imaging Science Experiment (HiRISE) camera on NASA's Mars Reconnaissance Orbiter.

The possible Mars 3 lander hardware was found by an Internet group of Russian citizen enthusiasts who follow news about Mars and NASA's Curiosity rover.

The predicted landing site was at latitude 45 degrees south, longitude 202 degrees east, in Ptolemaeus Crater. HiRISE acquired a large image at this location in November 2007. This image (HiRISE catalog PSP_006154_1345) contains 1.8 billion pixels of data, so about 2,500 typical computer screens would be needed to view the entire image at full resolution. Promising candidates for the hardware from Mars 3 were found on Dec. 31, 2012.

Vitali Egorov from St. Petersburg, Russia, heads the largest Russian Internet community about Curiosity, at http://vk.com/curiosity_live. His subscribers did the preliminary search for Mars 3 via crowdsourcing. Egorov modeled what Mars 3 hardware pieces should look like in a HiRISE image, and the group carefully searched the many small features in this large image, finding what appear to be viable candidates in the southern part of the scene. Each candidate has a size and shape consistent with the expected hardware, and they are arranged on the surface as expected from the entry, descent and landing sequence.

An advisor to the group, Alexander Basilevsky, of Vernadsky Institute of Geochemistry and Analytical Chemistry, Moscow, contacted Alfred McEwen, principal investigator for HiRISE, suggesting a follow-up image. HiRISE acquired this image (ESP_031036_1345) on March 10, 2013. The image was targeted to cover some of the hardware candidates in color and to get a second look with different illumination angles. Meanwhile, Basilevsky and Egorov contacted Russian engineers and scientists who worked on Mars 3 for more information.

The candidate parachute is the most distinctive and unusual feature in the images. It is an especially bright spot for this region, about 8.2 yards (7.5 meters) in diameter. The parachute would have a diameter of 12 yards (11 meters) if fully spread out over the surface, so this is consistent. In the second HiRISE image the parachute appears to have brightened over much of its surface. The brightening is probably due to better illumination over the sloping surface, but it is also possible that dust was removed during the intervening years, resulting in brightening of the parachute. HiRISE recently showed that the parachute of the Mars Science Laboratory mission has shifted in the wind (see PIA16813), which might also kick off dust.

Together, this set of features and their layout on the ground provide a remarkable match to what is expected from the Mars 3 landing, but alternative explanations for the features cannot be ruled out. Further analysis of the data and future images to better understand the 3-dimensional shapes may help to confirm this interpretation.