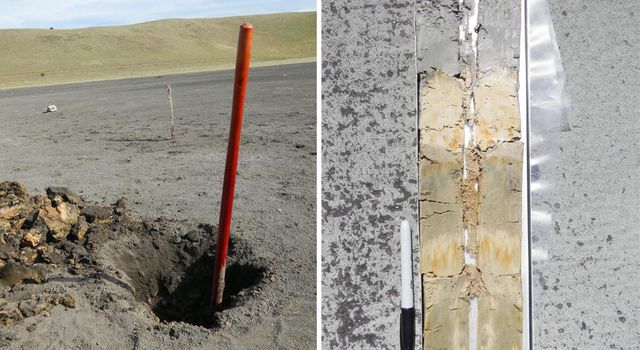 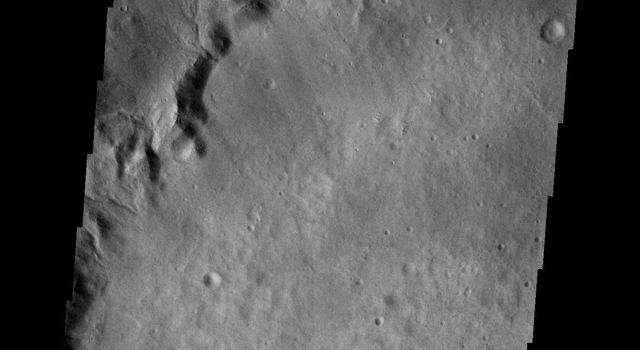 This side-by-side comparison shows the X-ray diffraction patterns of two different samples collected from the Martian surface by NASA's Curiosity rover. These images, made from data obtained by Curiosity's Chemistry and Mineralogy instrument (CheMin), show the patterns obtained from a drift of windblown dust and sand called "Rocknest" and from a powdered rock sample drilled from the "John Klein" bedrock.

As seen on the left, the Rocknest data reveal abundant plagioclase feldspar, pyroxene and olivine minerals. The data also indicate reveal small amounts of magnetite and anhydrite. In addition, the Rocknest sample contains 25 to 35 percent amorphous, or non-crystalline, material.

X-ray diffraction analysis of the John Klein drill powder reveals abundant phyllosilicate (a class of clay minerals called smectites that form by the action of relatively pure and neutral pH water on source minerals), plagioclase feldspar, pyroxene, magnetite and olivine. Alternatively, the clay minerals could have been transported by water from sources higher up the sediment fan to form the John Klein mineral assemblage. The region of the pattern indicating the phyllosilicates is labeled in the annotated version of this image. The data also show minor amounts of anhydrite and bassanite. The John Klein sample also contains about 20 percent amorphous material.