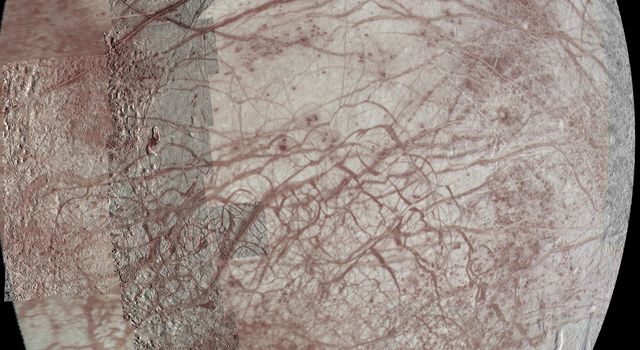 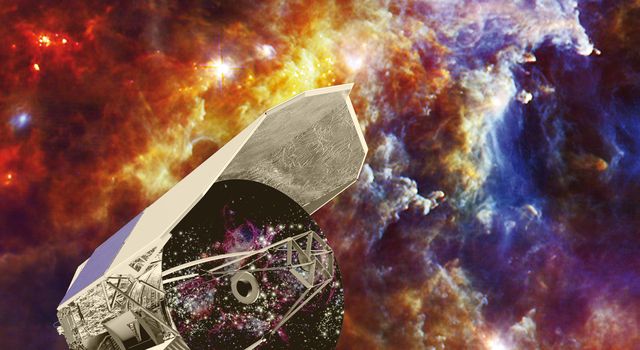 Based on new evidence from Jupiter's moon Europa, astronomers hypothesize that chloride salts bubble up from the icy moon's global liquid ocean and reach the frozen surface where they are bombarded with sulfur from volcanoes on Jupiter's innermost large moon, Io. The new findings propose answers to questions that have been debated since the days of NASA's Voyager and Galileo missions. This illustration of Europa (foreground), Jupiter (right) and Io (middle) is an artist's concept.