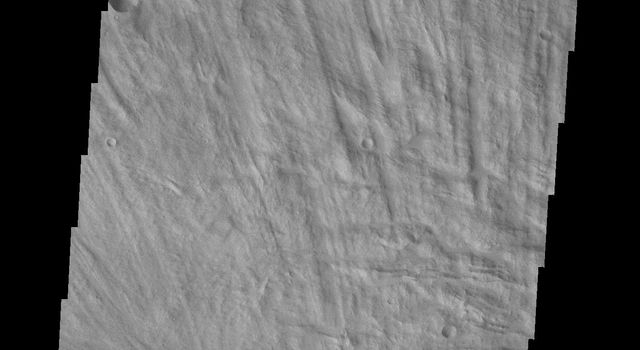 This illustration schematically shows where the Shallow Radar instrument on NASA's Mars Reconnaissance Orbiter detected flood channels that had been buried by lava flows in the Elysium Planitia region of Mars.

SHARAD was provided by the Italian Space Agency. Its operations are led by Sapienza University of Rome, and its data are analyzed by a joint U.S.-Italian science team. NASA's Jet Propulsion Laboratory, a division of the California Institute of Technology in Pasadena, manages the Mars Reconnaissance Orbiter for the NASA Science Mission Directorate, Washington. Lockheed Martin Space Systems, Denver, built the spacecraft.